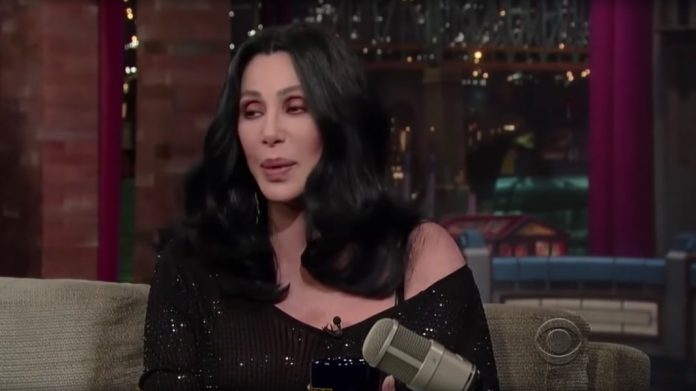 Ever since Mueller’s embarrassing testimony in Congress, where he was unable to offer any evidence of Russian collusion, Hollywood elitists have gone off the rails.

But one particular celebrity has officially gone off the deep end.

Pop star Cher tweeted something so idiotic about Trump that you’ll never want to listen to her music again.

This is not the first time Cher has made a fool of herself on social media.

She is a shrill, vocal critic of President Trump.

Now, she just lost what little credibility she had.

“WHATEVER MUST B DONE, “MUST B DONE.”FK PLAYING BY RULES.”MOSCOW MITCH” DIDNT LET SENATE VOTE ON BILL 2 SAVE ELECTION FROM RUSSIAN DOMINATION, BECAUSE HE WANTS”PUTIN’S CHOICE”4 PRESIDENT.” Cher said, blasting Senate Majority Leader Mitch McConnell (R-KY) for blocking of a vote on an election security bill this week.

Hollywood and the Left just won’t give up the Russia conspiracy.

Nor will they accept the results of the election.

After spending tens of millions of taxpayer dollars, Democrats have come up with zero evidence of Russian collusion.

The Democrats in Congress secretly know they can’t impeach Trump.

But Hollywood elitists, donors, and a few radical members of Congress like Alexandria Ocasio-Cortez are demanding it.

Which is why Democrats are desperately trying to keep the conspiracy alive.

It is frightening how much influence insane celebrities such as Cher have on Democrats in Congress.

Do you agree with Cher’s anti-Trump statements?