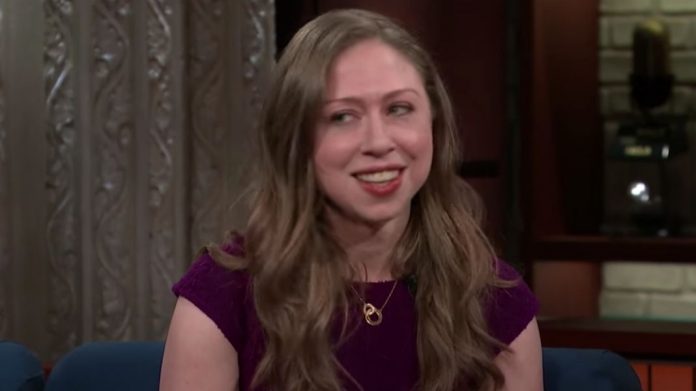 The Clinton clan refuses to leave the American people alone.

No matter where you turn, there’s a Clinton hypocritically lecturing the rest of America.

And Chelsea Clinton’s comments about so-called “white privilege” will have you pulling your hair out.

The Clintons are masters of hypocrisy.

Bill Clinton had the audacity to show up at the Democrat National Convention and assail Donald Trump’s character on the same day that pictures emerged of Clinton receiving a massage from one of Jeffrey Epstein’s victims.

Hillary Clinton said Donald Trump would not accept the results of the 2016, then she spent the next four years trying to relitigate the election she lost largely due to her own arrogance.

And now their daughter, the definition of privilege, is lecturing the rest of Americans about white privilege.

In a conversation with far-left congresswoman Ayanna Pressley, Clinton said:

You know, 40 percent of Americans with disabilities report that they have real challenges voting in person. And so in states where there haven’t been, kind of, no-excuse absentee voting or where there hasn’t been the introduction of early voting yet, you know, it still isn’t, kind of, easy, fair or equal for many Americans to vote…And I think it’s really important that my children understand that. And I think it’s particularly important that they understand that as white children of privilege, because I want them to erode that privilege throughout their lives to ensure more people are enfranchised and that equality isn’t just an ideal.

This is the weakest argument ever for mail-in voting.

People with disabilities have been voting in elections for years. And all polling locations have to be ADA compliant.

It’s fitting that Chelsea Clinton is lecturing everyone about privilege while she continues to benefit from it.

In the book “White Guilt,” author Shelby Steele argues that white guilt is simply a way for liberal elites to maintain their cultural moral high ground above everyone.

His theory makes sense when “White Fragility” author Robin DiAngelo is making mint telling other white people how bad they are.

In the book, DiAngelo confesses to being uncomfortable around black people, so her sermonizing is even more ridiculous.

If Chelsea Clinton were truly concerned about privilege, she would recede from public life and leave everyone the heck alone.