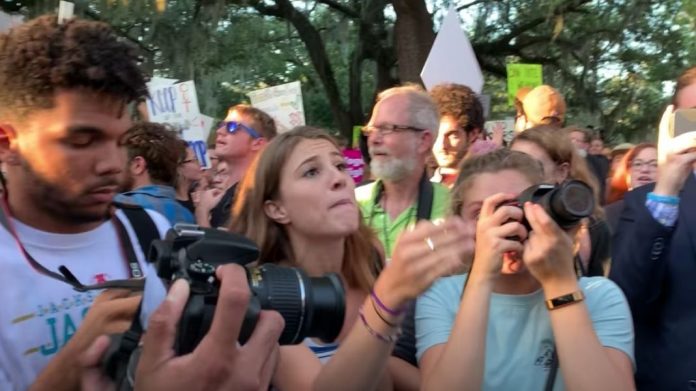 Cancel Culture continues to try to take down anyone they find “offensive.”

Of course, the definition of “offensive” has become broad and now encompasses apple pie and aliens.

Dr. Dorian Abbot is a geophysical sciences professor at the University of Chicago and was slated to deliver the John Carlson Lecture at the Massachusetts Institute of Technology (MIT).

According to MIT this lecture is a yearly event that is meant to communicate “exciting new results in climate science to the general public.”

Abbot’s lecture was titled, “Climate and the Potential for Life on Other Planets.”

MIT, however, decided to bow down to the woke cancel culture mob and canceled the lecture amid pressure from some campus activists.

According to sources, MIT retracted the invitation, not because of the content of his planned lecture, but instead because activists at MIT took issue with past comments Abbot made arguing academic evaluations should be based on merit, not race or ethnic identity.

The lecture was canceled by students at MIT because they believe grades should be based on race, not academic merit.

Students at MIT – one of the most renowned universities in the world.

The woke crowd has absolutely lost its mind.

Abbot spoke up after the cancellation in a tweet stating, “I am a professor who just had a prestigious public science lecture at MIT cancelled because of an outrage mob on Twitter.”

“This is not a partisan issue. Anyone who is interested in the pursuit of truth and in promoting a healthy and functioning society has a stake in this debate. Speaking out now may seem risky. But the cost of remaining silent is far steeper,” Abbot concluded.

Unfortunately for those woke MIT “activists” the plan backfired, and Princeton University will now be holding the lecture.

Even better, thousands have now registered to hear the lecture from Dr. Abbot.

Score one for the anti-woke crowd.