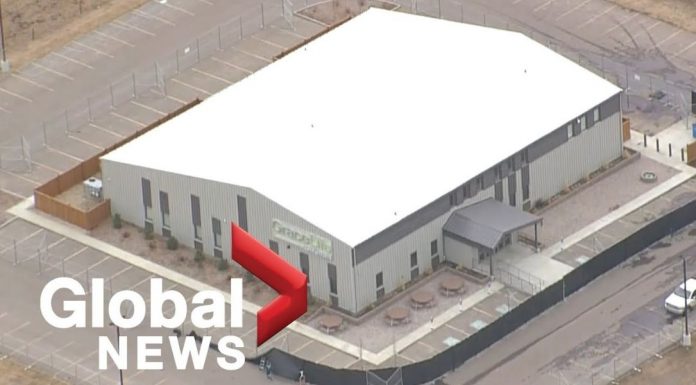 One thing the COVID pandemic has really brought to light is what many governments think of Christianity.

It’s taken a year, but some courts are finally overturning the illegal lockdowns and regulations governments put on their places of worship.

But Canadian officials just proved where they really stand on the issue of freedom of religion.

In February, Pastor James Coates of Gracelife Church in Alberta, Canada, was arrested, tried under a cloak of secrecy, and then thrown in prison for over a month. Why? Because he refused to adhere to the government mandates that stated his church must remain closed.

A week ago, Pastor Coates was released from jail in large part due to an outpouring of support from around the globe and a stellar defense team.

It also helped that many were starting to shine a light on the Canadian government’s hypocrisy when they released a known rapist from jail but not Pastor Coates.

Once released, the Pastor did as any good man of God would do, he returned to the pulpit, and his congregation followed suit by returning to their pews.

Alberta officials can’t have this type of “illegal activity” when there is a pandemic with a 99.8% survival rate raging across the globe.

So, the powers that be in the communist Alberta government came up with a new idea.

They have surrounded the church in a fence and not just one fence, but two fences.

They have also stationed police and private security outside to keep members from “unlawfully” gathering on church property.

According to some members of GraceLife, the Royal Canadian Mounted Police (RCMP) had no documentation to show church officials that they were following orders.

Still, they continued to keep anyone who wanted to worship off the property.

The tax money being thrown at this absolutely absurd abuse of power is astronomical, and for what?

GraceLife church has had no COVID cases tracked back to it despite the fact that they have been openly meeting every week since last summer.

And, the province has already fully vaccinated over 20% of the population in the “target demographic,” which is those 65 years and older.

Church members and supporters of Pastor Coates have been protesting outside the church barrier since Wednesday evening.

There was even an impromptu service held outside the fenced-in church.

Alberta Health Services said it “physically closed” the building and will be preventing access to it until GraceLife “can demonstrate the ability to comply with Alberta’s Chief Medical Officer of Health’s restrictions.”

And that is exactly what this pandemic is all about in a nutshell – compliance.

Communist-minded leaders in Canada, the United States, and around the globe don’t care about anyone’s freedom of religion.

They want people to “comply” or else.