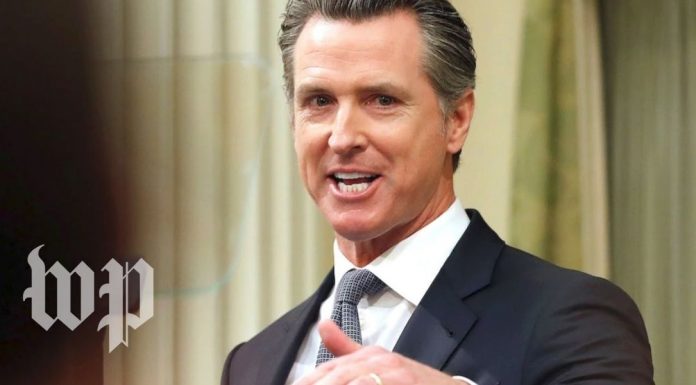 California is always leading the charge for the radical Left.

Now the Golden State has found its new target.

And California has just declared open war by banning travel to conservative states.

Over the past couple years, conservatives have been finding their voice through the leadership of true conservatives like Governor Ron DeSantis.

And as a result many Americans are finally fighting back against the Left’s radical agenda.

The latest fight has been over the Left’s obsession to force us to recognize men as women if they feel like a woman.

And some conservative states are taking a stand.

States like Florida and Arkansas have passed laws that would keep men out of women’s sports.

With other states like South Dakota lagging behind in the fight because of RINOs like Governor Kristi Noems.

But California has put it upon themselves to personally attack conservative states for following basic biology.

Bonta has added Florida, Arkansas, Montana, North Dakota and West Virginia to its growing list of states that California bans its employees from going too.

In total 17 conservative states are banned by California to travel to with very limited exceptions.

In justifying his actions to openly attack conservative states, Bonta claims that “[m]ake no mistake: We’re in the midst of an unprecedented wave of bigotry and discrimination in this country — and the State of California is not going to support it.”

This isn’t a game California wants to play if conservatives continue to find their fortitude and fight back.

People are moving out of California in droves to flee to the same conservative states targeted by California.

It would be a shame if conservative legislatures in other states banned state-funded travel to the hellhole known as California.