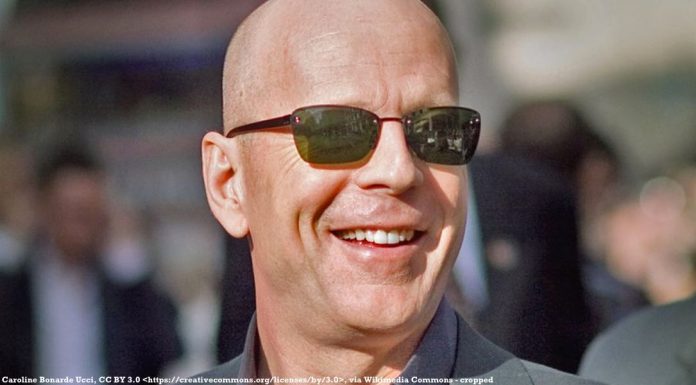 No state has had government coronavirus regulations like California.

Countless citizens’ lives have been ruined by the shutdowns and many have been shamed into wearing a mask.

But Bruce Willis just took a stand against California’s tyrannical coronavirus regulations and the Left is going nuts.

California has been the poster child for government tyranny during the coronavirus.

The Golden State has been on a warpath against small businesses.

As a result California is becoming more of a wasteland than ever before with businesses permanently closed around every corner and families struggling to survive.

But with a state filled with coastal elitists and leftists, “Karens” also lurk around every corner to demand you put on your mask.

And one Karen decided to demand that Bruce Willis put on his mask.

But Bruce wasn’t having any of it.

According to Page Six, Bruce walked into a Los Angeles Rite Aid and he was told he must put on his mask.

After refusing to do so, patrons of the pharmacy grew irate and demanded that he wear it.

Again he refused and he was forced to leave the store after facing harsh scrutiny.

And since the incident Bruce Willis has been catching criticism from the Left.

The biggest badass in this story is whichever Rite-Aid employee told Bruce Willis to fuck off. https://t.co/zGZfCk53CE

To all my healthcare providers in Los Angeles on the frontlines of the pandemic seeing countless patients die. If you see this “die hard” Republican Bruce Willis, just know he was kicked out of a LA Rite Aid on Monday after he refused to wear a mask. https://t.co/gPE98DeVmi pic.twitter.com/wOnyl8UPeU

Die Hard: With A Ventilator https://t.co/6idF6cIoa5

It’s amazing the leap and bounds leftists are willing to go through to viciously attack people for not wearing a mask.

Only if the Left cared as much about families struggling to survive the tyrannical government shutdowns as they do a mask that science shows may not make a difference in the first place.