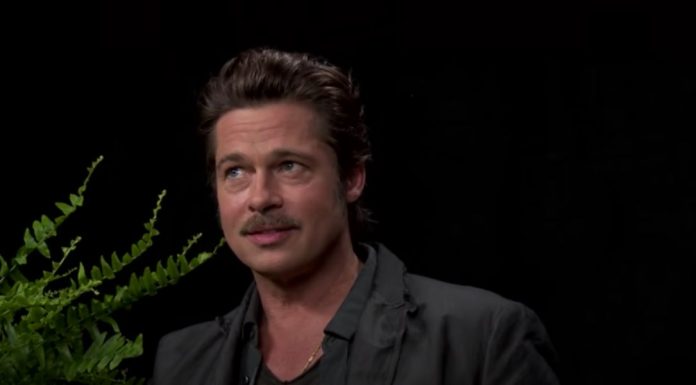 Hollywood celebrities love to wag their fingers at the masses.

But they exempt themselves from the rules that they culturally enforce.

And Brad Pitt got caught being a major hypocrite with one move.

The list of climate hypocrites in Hollywood is extensive

Hollywood superstar Brad Pitt is one of many in the entertainment industry who does not practice what he preaches.

Pitt has been a “green” warrior, railing against the evils of climate change.

But that hasn’t stopped him from flying around in private jets that emit tons of CO2.

Breitbart reported that “climate change alarmist actor Brad Pitt — who once claimed ‘there is no future’ after President Donald Trump pulled out of the Paris climate agreement — was recently spotted boarding a gas-guzzling private jet with friends in Los Angeles, California. Pitt, who was clad in an orange suit, rainbow shoes, and a white bucket hat, was seen boarding the jet…with his belongings in a backpack and a guitar on his back…”

Pitt once appeared as a doom-and-gloom weatherman on Comedy Central.

Breitbart added that “in 2018, Pitt and fellow actor Leonardo DiCaprio were featured in a NowThis video encouraging midterm election turnout by highlighting several left-wing causes such as climate change and gun control…Similarly, DiCaprio — who earlier this year claimed that planet Earth has ‘literally’ nine years left on its ‘ticking clock’ — is relentlessly seen expanding his carbon footprint by doing one of his favorite things: hanging out on a yacht.”

The list of climate hypocrites in Hollywood is extensive.

In fact, there are Twitter accounts that track the flight patterns of celebrities flying around in private jets.

Greens expose the hypocrisy themselves

Yard, a sustainability marketing agency, compiled a list of the worst carbon emitters in Hollywood.

Yard wrote that “Legendary film director Steven Spielberg is sixth on the list, taking 61 flights this year and emitting 4,465 tonnes of CO2 from his private jet– 637.9 times more than the average person’s annual emissions…Spielberg, however, has the second-longest average flight time on this list, coming in at 107.31 minutes, or about an hour and 47 minutes.”

Celebrities like Pitt don’t even seem to suffer from any cognitive dissonance.

They can easily compartmentalize their activist personas from themselves.

Many are discovering that climate alarmism is a big scam.