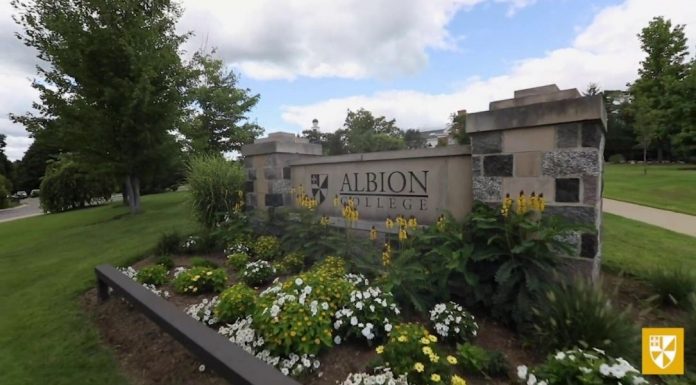 The racial divide in America is at an all-time high.

Protests and riots are occurring all in the name of racial justice.

And recently, boycotts and marches ensued after racist graffiti was found on this college campus. You won’t believe who actually did it.

Michigan’s Albion College was in an uproar recently due to racist graffiti found in the stairwell of one of the dormitories.

More than 450 students, professors, and staff members marched across the campus to protest the act and boycott the school.

A junior at the college, Domonic McDonald, said in comments directed at the culprit, “You’re nothing but a coward, you have no room here, you’re not welcomed. I’ll pray for you. You need to be better.”

Robert Dunklin, the NAACP’s Albion branch president, said, “It is not acceptable in this community . . . Whoever it is, they’re best to come forward or get out of town.”

Albion College even offered a $1,000 reward for information that would identify the source of the graffiti.

Unfortunately for all those who condemned the culprit, it turned out to be someone they likely least expected.

The person responsible for the racist graffiti was a 21-year-old black male student.

Albion police brought the young man in for questioning, and he admitted to creating most of the graffiti found in the stairwell.

The student was released after questioning. Once the investigation is complete, the information will be submitted to the Calhoun County Prosecutor’s Office for any charges related to the incident, he said. […]

School officials tweeted that transformation is necessary, but they curiously neglected to acknowledge the student’s race.

According to students at the college, there have been other acts of racist graffiti on the campus.

Even after the person responsible for the most recent act was caught, students continued to boycott classes.

Convenient how acts of racism can be used to get college students out of class, and no one even bats an eye.

There is no doubt that racism is a tool of the Left to get their way and push their agenda.