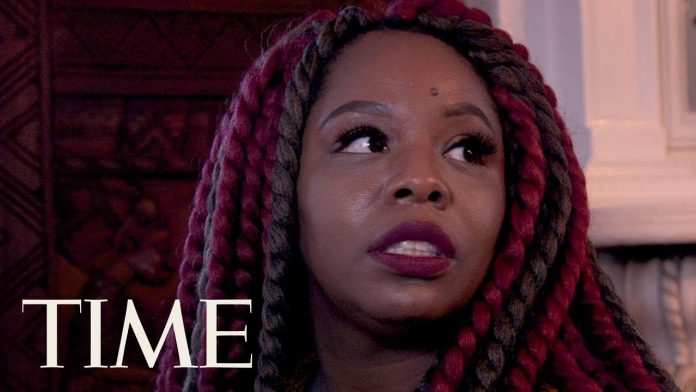 In the process, leftists lined their pockets with massive amounts of donations.

And now Black Lives Matter’s cofounder is getting ripped to shreds for buying a multi-million dollar house in an all white neighborhood.

If 2020 isn’t remembered as the year our government imposed never-before-seen lockdowns on us, it will be remembered for the rise of Black Lives Matter.

America has certainly had its fair share of riots and protests over the years.

But nothing compares to the nationwide riots led by Black Lives Matter.

From New York to Seattle, massive mobs terrorized our streets.

And as a result whole city blocks were burned to the ground.

In fact, around two billion dollars in insurance damage claims were filed last year as a result of the riots.

Black Lives Matter rioters chant, "No justice, no peace, take it to the streets and f*** the police," as they watch a Philadelphia Police SUV they set on fire, burn. pic.twitter.com/zTAoxtnyro

As a result, leftists started to funnel in money to Black Lives Matter to appease, and ultimately, encourage their rioting and looting.

According to the Associated Press, in 2020 Black Lives Matter raised a total of $90 million in donations for their cause.

Well, now everyone knows where those millions went.

So after attacking the segregation of communities and promoting the rioting in cities and suburbs across the nation, the cofounder of Black Lives Matter became a neighbor in a community her group wanted to destroy.

This is some leftist hypocrisy on full display.

Maybe Black Lives Matter will lead a riot through her new white suburban neighborhood like they did to the McCloskey’s in St. Louis.