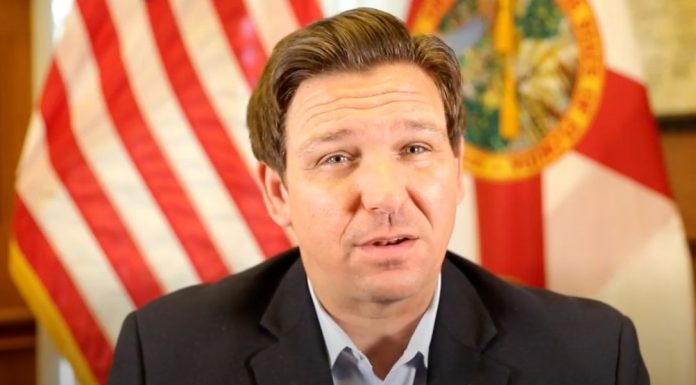 Black Lives Matter has caused chaos all across the U.S.

If they don’t get their way, they resort to destroying cities.

But they won’t step foot in this state after what its Governor did.

Democrats have done everything in their power to appease violent rioters.

Knowing that the people rioting are their potential voters, they have done everything to downplay their violence.

Often, Democrats claim that the violence isn’t actually real, despite there being clear video of the mayhem they have caused in cities like Portland, Oregon.

Either that, or they even claim that the people rioting are not actually left-wingers, but instead are right-wingers trying to make Black Lives Matter look bad.

Most of America knows that neither of these claims are true, and that the violence is actually being perpetrated by Black Lives Matter and their left-wing pals in group’s like Antifa.

One state that isn’t going to give them any leniency is Florida.

Florida Governor Ron DeSantis just announced a new bill that will put a stop to rioting once and for all.

The main part of the law is that it would be legal to use deadly force to stop looters in their tracks.

It also would make obstructing traffic a third-degree felony, and would give drivers legal immunity if they unintentionally kill or maim anyone engaging in blocking a roadway during a demonstration.

And as a blow to the “defund the police” movement, it would also grant state authorities the ability to withhold funds from localities that choose to reduce their police budgets.

Unsurprisingly, the Left isn’t happy about this, and is claiming it will embolden “vigilantes.”

“It allows for vigilantes to justify their actions,” former Miami-Dade County prosecutor Denise Georges told the Herald. “It also allows for death to be the punishment for a property crime — and that is cruel and unusual punishment. We cannot live in a lawless society where taking a life is done so casually and recklessly.”

If implemented, this law will send a clear message to those who want to riot and loot in Florida that their antics are not welcome.

In many states, business owners and individuals are helpless in the face of rioters, and will be pursued criminally if they try to protect their homes or businesses.

Florida clearly is making it so they will not be one of those states.