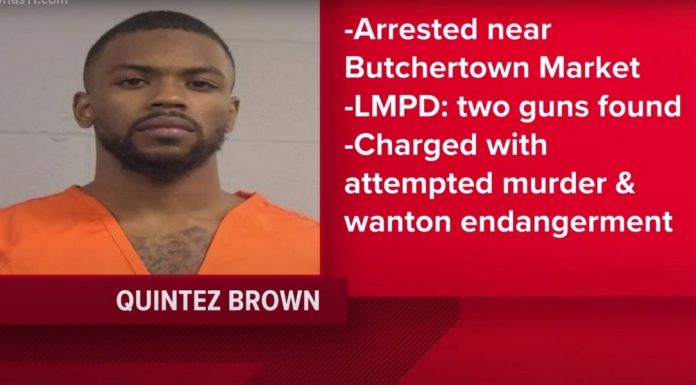 It shouldn’t be a surprise to anyone that Black Lives Matter loves to support criminals.

But even this is a new low for the group of rioting commies.

One of the biggest political forces we saw develop over the past few years is Black Lives Matter.

They claim to be worried just about equal rights and justice for the black community.

But what we witnessed throughout America was another story.

The Market House in downtown Fayetteville is on fire. Protestors have shattered the windows and are chanting,”Black Lives Matter.” pic.twitter.com/7vUGPrPKnB

We all witnessed in horror as rioters and looters burned down cities across the nation in the name of Black Lives Matter.

And many families cowered in fear as Black Lives Matter roamed their streets.

Black lives matter protesters join in and call to light the car on fire pic.twitter.com/3tdCL5zaYi

But even with all the damage and fear caused by Black Lives Matter, corporate America decided to reward them millions of dollars.

The NFL alone has pledged $250 million to Black Lives Matter over the coming years.

But many have wondered where that money is going to.

Black Lives Matter activist Quintez Brown made headlines earlier this week for literally attempting to assassinate a mayoral candidate for the city of Louisville.

Breaking: The suspect arrested over the attempted assassination of Louisville mayoral candidate @RunWithCraig has been identified as Quintez Brown (@tez4liberation), a #BLM activist & black nationalist championed by Obama & @JoyAnnReid. He was also a writer for @courierjournal. pic.twitter.com/PKwuIAwg4x

Brown literally took a shot in attempted murder at a political candidate.

And shockingly Black Lives Matter in one day had a certified check to bail out Quintez Brown for $100,000.

The $100,000 cashiers check has been officially given to the clerks office to pay for @BLMLouisville activist Quintez Brown’s release. @LouCommBailFund is paying. Brown is accused of shooting at Louisville mayoral candidate @RunWithCraig. pic.twitter.com/5BMdW2hpfm

Black Lives Matter is literally using mounds of cash to bail out their criminal buddies.