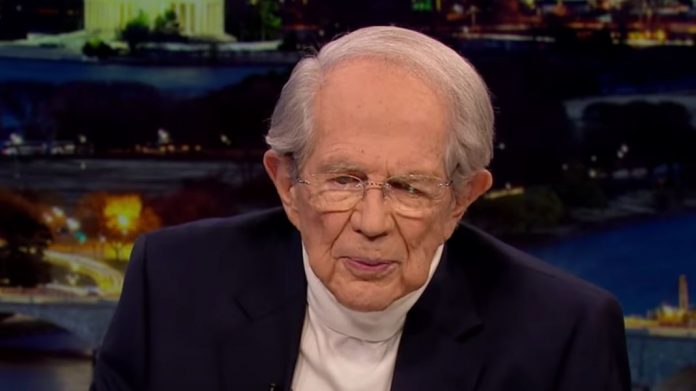 On their official website, they support the LGBT agenda, and call for an end to the nuclear family.

And Black Lives Matter just declared war on a top Christian leader with one big lie.

Black Lives Matter is burning down American cities across the country, and attacking random people along the way.

Anybody who questions them becomes a sworn enemy to them.

And in some cases, all it takes to question them is to point out facts about their organization.

Televangelist Pat Robertson learned this after he pointed out that the movement has ties to Marxism, with their two co-founders being admitted Marxists, along with their calls to destroy the nuclear family and upend capitalism.

“Of course black lives matter, of course, we care about oppression against poor people. Everybody who’s got any sense, they do that. They don’t like police brutality or some of those things. But that legitimate thing has been hijacked by these radicals and they’re using that label to put forth an agenda. And people need to be aware of it,” Robertson said on The 700 Club.

In response, the co-founder of the Black Lives Matter Global Network attacked him, claiming that he was lying.

“In response to the outlandish comments made by televangelist Pat Robertson, we are here yet again being attacked for standing up against white supremacy,” Patrisse Cullors, the organization’s executive director, said in a statement Saturday.

“To insinuate that our movement is trying to destroy Christianity is disgraceful and outright offends our Christian siblings who are a part of our movement against racial injustice.”

Cullors is known for her long history of extremist ties.

She was the protege of Eric Mann, a former agitator with the Weather Underground, a domestic terror organization.

In 2015, Cullors was recorded stating that she is a “trained Marxist.”

And in 2018, she defended her support for the Marxist ideology when promoting her book, When They Call You a Terrorist: A Black Lives Matter Memoir.

But because the Fake News Media is on her side, none of this matters, and it is Robertson who is the bad guy for simply pointing out facts.