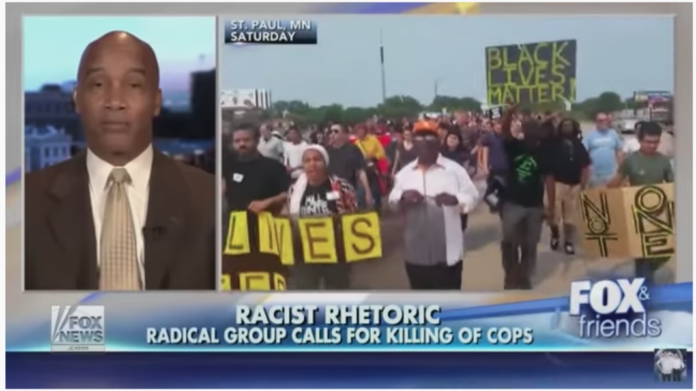 Every time an African-American is shot, Black Lives Matter loses their mind.

The anti-police movement doesn’t care if the shooting was justified.

And now they are about to riot after getting news they never saw coming.

They believed that the shooting, and subsequent acquittal is proof of racism, despite the fact that Zimmerman is half-Hispanic himself.

Zimmerman’s name was drug through the mud by the media, who ignored facts, including that Martin was banging his head into the pavement before being shot.

And that’s why Zimmerman is fighting back, and just announced a lawsuit against Martin’s parents, family attorney, the attorney’s book publisher, and prosecutors who tried the case.

He claims he was defamed after they allowed a witness to give false testimony in an attempt to incriminate him.

Neighborhood watch volunteer George Zimmerman, who was acquitted of the 2012 killing of Trayvon Martin, is suing the teen’s parents, family attorney, the attorney’s book publisher and prosecutors who tried his case, claiming he was defamed when they allowed a witness to give false testimony in an attempt to incriminate him.

Zimmerman’s lawsuit, filed Wednesday, said a trial witness pretended to be the last person to talk to Martin by phone before he was killed when the witness was actually the half-sister of the caller.

According to the lawsuit, Brittany Diamond Eugene didn’t want to testify that she had been talking to Martin before he was killed. So her half-sister, Rachel Jeantel, pretended that she was talking to the teen before he was fatally shot. Jeantel ended up testifying at Zimmerman’s 2013 trial in Sanford, Florida.

Martin was killed during a struggle with Zimmerman, who was a Neighborhood Watch volunteer.

Martin was black. Zimmerman’s father is white and his mother is Hispanic. Zimmerman’s trial raised questions about race and Florida’s “stand your ground” self-defense law which allows people to use force without retreating if they feel threatened.

Because of irresponsible reporting by the media, BLM was able to grow and eventually cause chaos around the country following Zimmerman being found not guilty.
Zimmerman finally has a chance to clear his name even further.
But if Zimmerman does win the lawsuit, you can expect BLM to again hit the streets as violent as ever.
Do you think George Zimmerman was defamed by the media?
Let us know your thoughts in the comment section below.