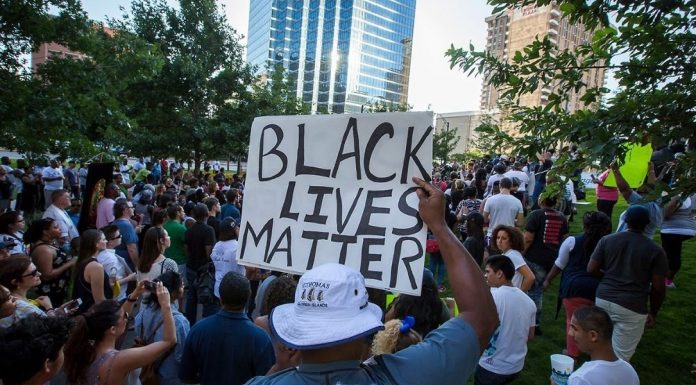 Radical leftists are getting bolder with their intimidation tactics.

Targeting police officers and politicians was never the end goal.

And Black Lives Matter agitators harassed little girls for a disturbing reason in this viral video.

The hard Left continues to target younger and younger people because they want the brainwashing to begin as soon as possible.

That’s why radical Black Lives Matter agitators shouted at young cheerleaders on their way to a competition about their “white privilege.”

Black Lives Matter activists harass a group of young children in Louisville by mocking them for their “White privilege” pic.twitter.com/DAX8ASzkbq

The father of one of the girls told reporters that the protesters were “badgering them all the way in the door” and that his daughter “cried for about an hour” after the episode.

The man, who identified himself as Rob, told reporters, “If there’s a problem within life, you keep it between adults. You don’t take kids and add them into the problems. It had nothing to do with them. Even if you have something that you’re passionate about. That wasn’t the way to go about it.”

But that’s not the mindset of a radical left-wing activist.

There’s no aspect of life that is sacred.

They will target families and children without remorse.

Carmen M. Jones, the protester with the megaphone, said exactly that in an interview.

This shows a disturbing lack of empathy for the group that claims to care so much about it.

Even if Jones’ broken perspective was correct, it’s not her place to “educate” other people’s children by hectoring them on their way to a cheerleading competition.

This type of divisive rhetoric is rapidly filtering into schools, so parents need to be on the lookout for propaganda.