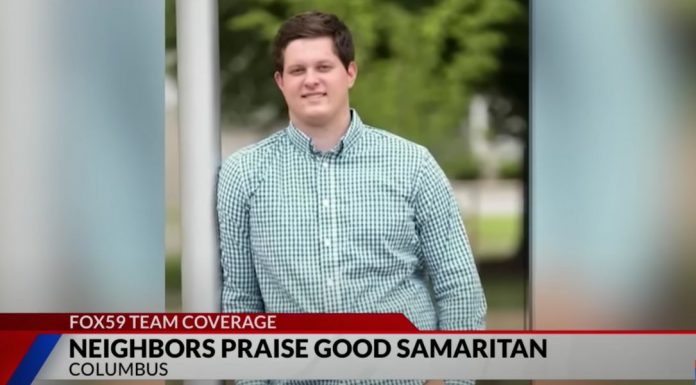 Leftists love to put every mass tragedy to use in their culture-shifting crusade.

That’s never truer than their efforts to disarm law-abiding citizens.

And one black Conservative absolutely torched The View for escalating attacks on the Greenwood Mall hero.

Leftists desperately hope you won’t hear about it.

When a man opened fire in an Indiana mall, the corporate-controlled media networks went to work churning out headlines about the latest example of “gun violence.”

But then one police report stopped them dead in their tracks.

It turns out the deranged and deadly murderer in an Indianapolis suburb was taken out by a “good Samaritan with a handgun.”

The man on a deadly rampage had a rifle and several magazines of ammunition.

Thankfully, a good guy with a gun was on hand ahead of the police.

As police officers know all too well, when a crime is underway, seconds count—and they can’t be everywhere all the time.

Four people were killed and several others injured.

But it’s likely countless others were saved by 22-year-old Elisjsha Dicken who was carrying his handgun and immediately took action.

“The real hero of the day was the Samaritan that was lawfully carrying a firearm who was able to stop the shooter almost as soon as it began,” Greenwood, Indiana Police Chief Jim Ison said.

Greenwood’s mayor also thanked the young man, pointing out that he saved lives that night.

“On Behalf of the City of Greenwood, I am grateful for his quick action and heroism in this situation,” Mayor Mark W. Myers said.

Dicken was shopping with his girlfriend when he stepped close to the cookie counter in the mall food court just as a man emerged from the restroom area and started shooting.

“When the gunman exited the restroom, beginning his shooting spree, police say what he did was nothing short of heroic,” Fox 59 reported. “Armed only with a handgun, police say Dicken engaged the shooter from a distance of perhaps 30 yards. Police say he was very proficient and tactically sound.”

Dicken moved toward the gunman while motioning for people to escape behind him and kept on the deranged madman until he fell.

According to police, Dicken has no police training or a military background.

He is a true testament to the power of equipping law abiding citizens to protect themselves and innocent bystanders.

Dicken’s opportunity to be a hero follows implementation of Indiana’s new Constitutional Carry law that went into effect July 1.

But the harpies on The View can’t stand that.

“He had a gun permit, but he wasn’t supposed to be in the mall with a gun,” Hostin claimed. Lead harpie Joy Behar chimed in saying it was a “lucky moment.”

As Foreman noted, Dicken did not break the law just because the mall had a “gun free” policy.

Whether or not he had a permit is legally irrelevant in states with Constitutional Carry laws.

Dicken may have a valid reason to go after the media’s lies in court.