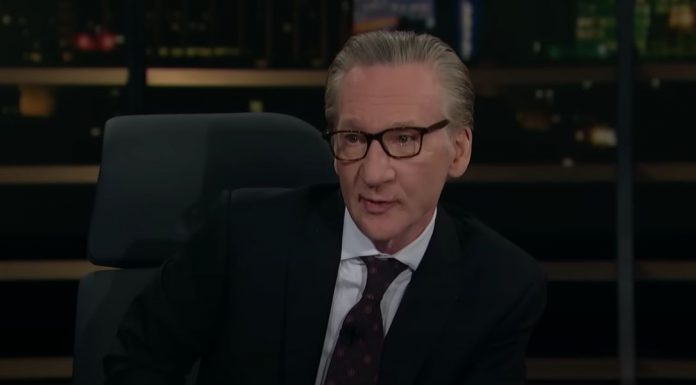 Trump Derangement Syndrome has eaten the brain of countless celebrities.

But some cases of TDS are more incurable than others.

And Maher had this TDS-afflicted Hollywood director look like a clown with one question.

Bill Maher has a bad case of TDS, but even Maher was shocked by how much Hollywood director Rob Reiner had been destroyed mentally by Donald Trump.

During a discussion about the so-called mainstream burying the Hunter Biden “laptop from hell” scandal, Maher asked if it was appropriate for the media to suppress the story.

Reiner played dumb as if he didn’t know that the press had throttled The New York Post’s story right before the 2020 general election.

The conversation was kickstarted based on comments made by liberal author Sam Harris, who might have the worst case of Trump Derangement Syndrome ever recorded.

During a podcast interview, Harris argued that the media companies were justified in doing what they did to stop Trump.

Harris explained, “That doesn’t answer the people who say, ‘It’s still completely unfair to not have looked at the laptop in a timely way and to have shut down The New York Post Twitter account; that’s a left-wing conspiracy to deny the presidency to Donald Trump.’ Absolutely it was, absolutely. But I think it was warranted.”

In which, Sam Harris says that it's ok to conspire against Trump getting elected, because he was the equivalent of an asteroid headed towards earth. Literally literally. Worth watching just for Francis' reaction at the end. Omg. pic.twitter.com/hVH7IPAx1t

When Maher posed the question to Reiner as to whether or not the suppression was justified, Reiner responded, “No, you know what’s not justified? Using armed violence to try to kill people in the Capitol. That’s not justified.”

The non-answer got some applause from the left-wing audience, but Maher refused to allow him to duck the question.

Maher persisted, “Was it appropriate to bury the Hunter Biden story?”

“Are you talking about the press doing this?” Reiner questioned.

Reiner queried, “And we know for a fact that that’s what they did?”

“Of course! You don’t follow this?” Maher shot back.

Maher retorted, “I know because you only watch MSNBC,” which drew huge applause from the audience.

“Well, then you would know about this,” Maher said.

“The press is admitting it?” Reiner asked.

Maher hit back, “Yes, that’s not even an issue anymore! They’re saying, yes, we basically did this because we didn’t want this to throw the election.”

Reiner had nothing left after that.

It’s stunning when Bill Maher is the least-Trump deranged person in the room.

Even he cannot deny the media corruption that took place regarding Hunter Biden’s laptop at the end of the 2020 election.