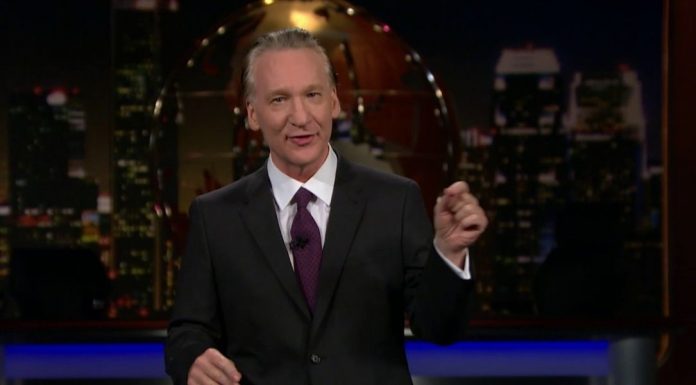 Bill Maher is close to being excommunicated from the Left.

The comedian and talk show host refuses to bend the knee to the woke mob.

And Maher made a stunning admission about the state of comedy.

The Left is just about done with Bill Maher.

Even though Maher has been afflicted with Trump Derangement Syndrome, that hasn’t blinded him to the folly of the Left.

That’s why Maher admitted that conseravtive comedy is booming at the moment.

Maher conceded the success of Greg Gutfeld on Fox News, who beat all of the late night comedy shows in the ratings, then explained why right-of-center comedy is in.

His general thesis is that the Left has become ridiculous, which is where the comedy goes.

Maher still ribbed the Right per usual, but his overall point about the absurdity of the Left stands.

Maher said it best when he explained, “I keep saying to the liberals: you know what, if what you’re doing sounds like an Onion headline . . . stop.”

The Onion is a good example of Maher’s point because the left-wing site has taken a backseat in cultural impact to the right-leaning Babylon Bee.

Onion headlines are read like dull hit pieces on Mitch McConnell and other toothless Republicans.

Meanwhile, many of Babylon Bee’s most hilarious and absurd headlines have come true because the Left has become a parody of itself.

Hannah Gabsby’s standup special Nanette was heralded by the left-wing press because of its daring choice not to be funny.

That’s what happens to the Left – everything gets subsumed by leftism.

Comedy cannot exist in such a suffocating environment.

The Left’s loss is the Right’s gain because the interesting thinkers and counter-culture ideas are gravitating to the Right.

The trend is also illustrated by heavy migration from blue states to red states.

In Saul Alinsky’s Rules for Radicals, Alinsky talks about how ridicule is the most effective tool.

The Left has become so moonbat crazy, they’re almost ridiculing themselves.