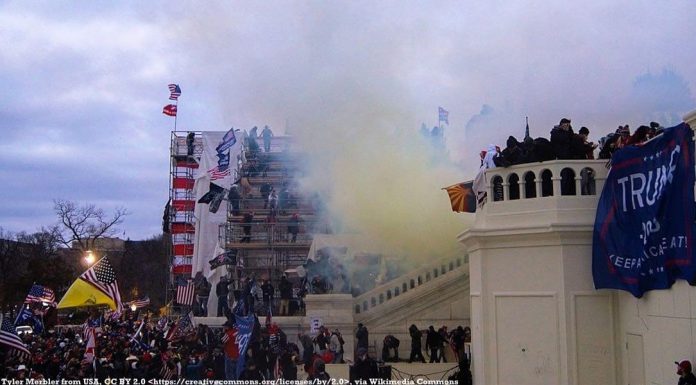 Leftists are not letting a “crisis” go to waste with the Capitol riots.

And during the Senate impeachment trial, they are doing their best to blame Donald Trump for the events on January 6.

But now Bill Maher blamed Christianity as the reason for the Capitol riots in this bizarre rant.

Every week there seems to be a new “crisis” that the Left builds up and pushes into the forefront for the Fake News Media to exploit.

And for over four weeks, leftist are acting like the storming of the Capitol on January 6 is the worst thing to happen for our nation in our lifetime.

Some politicians compared it to the travesties of Pearl Harbor.

While others are using the catchy word “insurrection” to describe the events we have all seen over and over again on the news.

It’s amazing how they called Black Lives Matter rioters outside of the White House “peaceful protestors” as they forced secret services to put President Trump in the White House’s bunker.

But nonetheless, the Left is doing everything they can to blame Trump for the events at the Capitol on January 6.

And now the Democrat-controlled Senate chamber is pushing forward with an impeachment trial of Trump for inciting the actions of the rioters.

But not every leftist is buying into their baseless claims to impeach Trump.

Bill Maher claims that the rioting at the Capitol is the result of Christianity.

While on his show Real Time with Bill Maher, Maher claimed “As long as we’re going to go to the trouble of another impeachment trial, we might as well be honest about what it’s really about. The events of Jan. 6 were a faith-based initiative.”

Maher continued by claiming that QAnon is the result of Christianity:

Magical religious thinking is a virus, and QAnon is just its current mutation. That’s why megachurches play QAnon videos. It’s the same basic plot: Q is a prophet, Trump is the messiah, there’s an apocalyptic event looming, ‘the storm,’ there’s a titanic struggle of good versus evil, and if you want to win, just keep those checks coming in.

And after saying that our nation was founded off of reason and not faith, Maher told this to those who are offended by what he says “so respectfully, I direct you to your own t-shirt: F*ck your feelings.”

You can see Maher’s monologue below: