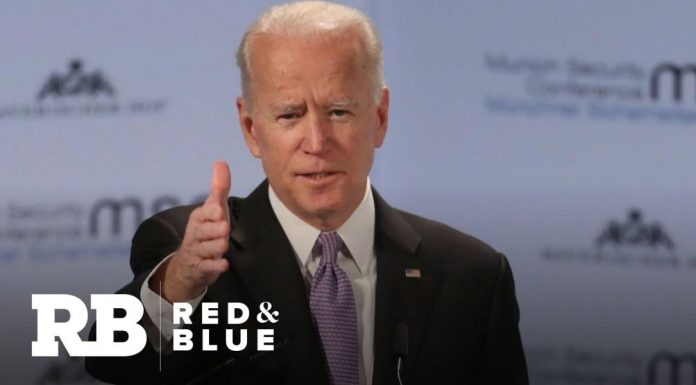 Joe Biden’s administration is shaping up to be a trainwreck.

He’s signed a record number of executive orders, many of which weaken the country.

Joe Biden attempted a town hall hosted by CNN, which meant that he was lobbed softballs for two hours.

Biden fumbled his way through just as he did during the entire election cycle.

The President had a shameful moment when he suggested that black and latino Americans weren’t smart enough to access the Internet in 2021, but his truly alarming statements revolved around China.

The Biden family has had several business dealings with China, which led to the speculation that Biden was perhaps compromised regarding China.

Joe Biden on China’s human rights violations and genocide against the Uighurs: “culturally there are different norms”

It’s no secret China greatly preferred Biden in the White House because Trump couldn’t be cajoled by the CCP and was determined to fight for more favorable trade deals.

In fact Chinese professor Di Dongsheng admitted as much in a leaked seminar.

Tucker Carlson segment on a video deleted from Chinese social media of a professor saying that China "has people at the top of America's core inner circle of power & influence." pic.twitter.com/h3Ygy6UlHk

China isn’t bashful about wanting to usurp America as the world hegemon, and Biden seems to be helping them in their pursuit.

For example, he signed an executive order that reversed a Trump-era policy that required universities to disclose whether or not they have relationships with CCP-backed Confucius Institutes; the Confucius centers are billed as culture exchange venues, but really are tentacles of the CCP used to monitor Chinese students and ensure they’re not becoming to acculturated to the United States.

The United States and China are locked in a new Cold War, and Biden isn’t up to the task of winning it.