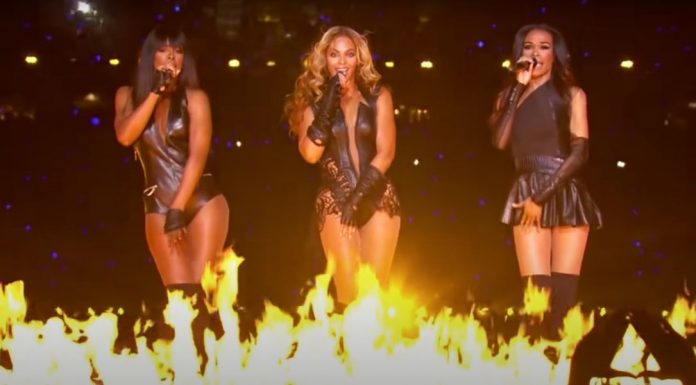 Political correctness rules the day and anyone can be “canceled” at any time.

Now Beyoncé removed one word from her latest album for an insane reason.

R&B star Beyoncé recently released her new album Renaissance, which is on track to underperform compared to her surprise 2016 release Lemonade.

However, the soft sales numbers are not the biggest story surrounding the album.

The singer removed the word “spaz” from the album amid accusations that the word is ableist.

The Associated Press reported that “‘the word, not used intentionally in a harmful way, will be replaced,’ a spokeswoman for Beyoncé wrote in a statement… The song ‘Heated,’ which was co-written with Canadian rapper Drake among several others, uses the word ‘spaz,’ which is considered a derogatory reference to the medical term spastic diplegia, a form of cerebral palsy.”

People are searching for reasons to be offended.

Guardian writer Hannah Diviney, “So Beyoncé used the word ‘spaz’ in her new song Heated. Feels like a slap in the face to me, the disabled community & the progress we tried to make with Lizzo. Guess I’ll just keep telling the whole industry to ‘do better’ until ableist slurs disappear from music.”

This is the malignant narcissism of the Left on full display.

Heated, the Beyoncé song in question, could have been written and mixed a year ago, and it’s unlikely that she and other artists were sitting around following the Lizzo controversy with bated breath.

But leftists believe that the world revolves around them.

Pop star Lizzo recently got in trouble for the same reason, and issued a groveling public apology.

Lizzo wrote on social media, “It’s been brought to my attention that there is a harmful word in my new song ‘GRRRLS’. Let me make one thing clear: I never want to promote derogatory language. As a fat black woman in America, I’ve had many hurtful words used against me so I understand the power words can have (whether intentionally or in my case, unintentionally). I’m proud to say there’s a new version of GRRRLS with a lyric change. This is the result of me listening and taking action. As an influential artist I’m dedicated to being part of the change I’ve been waiting to see in the world. Xoxo, Lizzo.”

Every time a celebrity bends the knee for a foolish reason, it only emboldens the “woke” brigade further to go after regular people.