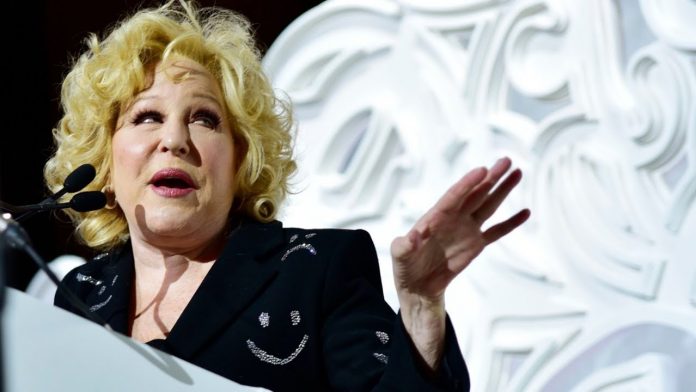 Leftists are never ones to let a crisis go to waste.

If they can leverage a tragedy to attack the Right, they will.

Now Bette Midler is at again and this time she’s using the unprecedented weather in Texas to bolster her leftist argument.

Millions of Texans are suffering through a winter storm like nothing they’ve seen before.

The storm has claimed the lives of at least 21 people, caused widespread power outages, and made for a rather significant water crisis as bitterly cold temperatures continue to wreak havoc on the ordinarily warm-weather state.

Leave it to Bette Midler to take others’ suffering and spin it so it points directly back at conservatives.

Midler tweeted late Tuesday that the “hateful, vicious and cruel” Senators from Texas were the reason this storm was happening because God was punishing them with this terrible weather for their objections to the Electoral College certification.

Unfortunately for Midler, the Tweet is wrong on several levels.

First being that while Senator Cruz did register his challenge to Biden’s certification, Senator Cornyn actually declined to join fellow Republican lawmakers in their Electoral College objection.

Second, the theological errors in the statement are that of epic proportion, but there is neither enough time nor space in this article to address that.

Not one to shy away from saying insanely dumb things, Midler didn’t stop with her Tweet about the entire storm being God’s punishment on Cruz and Cornyn.

No, she went on to Tweet that it was a result of climate change and that Al Gore had warned of these types of things three decades ago.

The Tweet read, “But as climate change accelerates, many electric grids will face extreme weather events that go far beyond the historical conditions those systems were designed for, putting them at risk of catastrophic failure. Like #AlGore didn’t tell you this 30 years ago.”

This current winter storm is believed to have knocked out power to 4 million Texans, and unprecedented winds have dealt a severe blow to green energy sources, including windmills that were rendered useless due to being iced over.

Bette Midler is no stranger to these types of ridiculous statements.

In 2019, Midler said that Hurricane Dorian was Mother Nature exacting retribution on mankind.

To use these types of tragedies and historical events to try and move toward a leftist agenda is horrific.

But, really, it shouldn’t surprise us that the Left sinks to these levels.