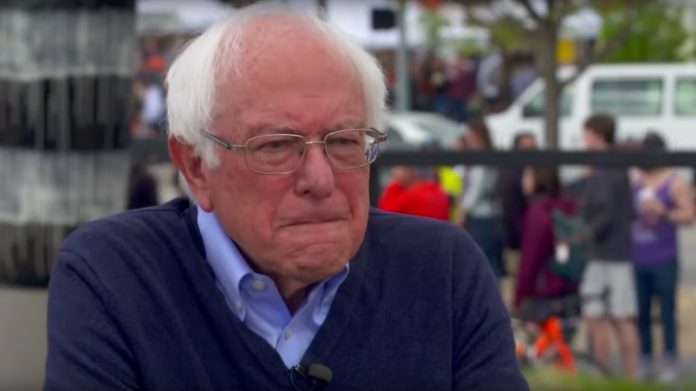 The Democrat Party continues to prove how much they hate the state of Israel.

Politicians like Ilhan Omar are pushing policies that would destroy them.

And Bernie Sanders just announced a new plan so anti-Israel it will leave you fuming with anger.

Recently, Bernie Sanders gained the endorsement of “The Squad” – an unofficial group of extremist Democrats in the House including Minnesota Congresswomen Ilhan Omar and Rashida Tlaib.

Both Omar and Tlaib and have made a number of vile anti-Semitic comments since taking office, along with supporting the anti-Israel BDS movement.

Tlaib was a surprise endorsement, as she was the only one in the group who did not signal her support for Sanders prior.

But we may now know why she joined Omar in the decision.

Bernie Sanders just announced a plan to take part of the $3.8 billion in annual U.S. military assistance to Israel and instead give it to Gaza, which is controlled by the terrorist group Hamas.

The Times of Israel reports:

Democratic presidential hopeful Bernie Sanders said Monday that part of the $3.8 billion in annual US military assistance to Israel should instead go toward humanitarian relief in Gaza.

The Vermont senator, speaking at the annual J Street national conference, vowed to use American military aid as leverage to get Israel to roll back its settlement enterprise and enter peace negotiations with the Palestinians, an idea that has gained ground among some Democrats.

“I would use the leverage of $3.8 billion,” he told the confab, referring to the US-Israel memorandum of understanding brokered under the Obama administration. “It is a lot of money, and we cannot give it carte blanche to the Israeli government, or for that matter to any government at all. We have a right to demand respect for human rights and democracy.”

The 2020 candidate said he would condition US aid to Israel on Jerusalem taking tangible steps to reach a two-state solution and improve the conditions of Palestinians living in the battered coastal enclave.

The stated goal of Hamas is to destroy Israel, and they attack Israel regularly.

Terrorists in Gaza are the reason Israel needs so much money for their defense.

Do you think Bernie Sanders is anti-Israel?