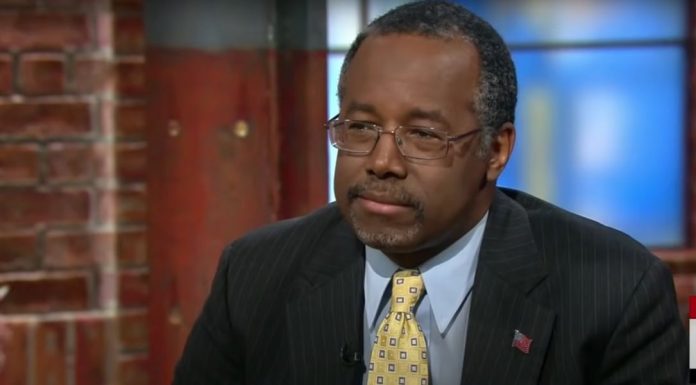 Democrats are desperately clinging to power.

They will do or say anything to keep control of Congress in the midterms.

And Ben Carson ripped Democrats for one persistent lie they tell about America.

He’s pushing back on the increasingly hostile rhetoric coming from the Left.

Carson is particularly frustrated by the Left’s constant use of race to divide the country.

Carson appeared on Fox News with Brian Kilmeade and said, “What people need to recognize is that we have changed dramatically in this country. And there are those who wish to use the race issue as a conduit to beat people into submission, to make White people feel guilty. And one of the consequences of that, intentional or not, and I’m not sure. But if you’re feeling guilty, you’re not likely to be as vocal about some of the things that are going on. So when people start talking about defunding the police, letting dangerous criminals back out to terrorize communities not guarding our borders so that everybody can come in. And if you’re feeling really guilty, you’re just going to stand in the corner with your head down and hope nobody calls you a racist.”

They use emotional blackmail to browbeat people into submission.

They exploit the goodwill of people who are not racist for shameless political gain.

Carson added, “That’s not good for our country and it’s not true, either. And then there are those who say that we’re a systemically racist country. But if we were systemically racist, why would people be forming caravans trying to get in here? And when they got here, wouldn’t they call all their relatives and friends and say, ‘Don’t come here, this is a horrible place.’ That’s not what’s going on. And I think there are a lot of people who want to fundamentally change this nation who just say to you, don’t believe your eyes, don’t believe your ears, don’t believe your heart. Just listen to us. We’ll tell you what you’re supposed to think.”

Carson is of course correct, and he’s living proof.

He grew up in abject poverty in Detroit, went to Yale as an undergrad, attended Michigan for medical school, and became a world-renowned surgeon.

Even the Left used to celebrate Carson — Hollywood made a movie about him — until he publicly came out as a Republican and criticized Barack Obama.

After that, the Democrat Media Complex repeatedly tried to assassinate his character.

Democrats don’t want people to believe that the American dream is still possible for people of all colors and backgrounds.

They have to convince people that success is impossible so they can demoralize and scare them into voting away their freedoms.