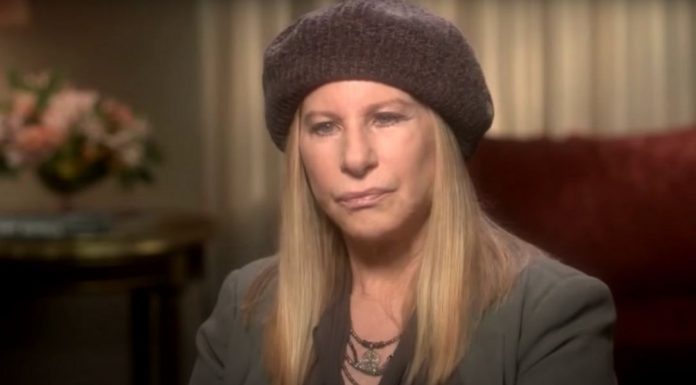 It’s still hard to come across people more clueless than folks in Hollywood.

But people are jumping ship as Biden’s approval numbers sink as quickly as his mind.

So the Biden claim that Barbra Streisand just unleashed has everyone stunned.

It’s hard to come across more clueless than Joe Biden without a teleprompter, but one celeb has pulled it off.

Hollywood isn’t exactly a place you turn to for solid political analysis, but Barbra Streisand recently revealed that Tinsel Town is even more out of touch than you could ever guess.

And the outrageous claim she’s making about Joe Biden’s Presidency is downright insane.

The singer and actress threw out her version of a “truth bomb” on Twitter.

“Joe Biden’s economic record in his first year is the best in 40 years.” She tweeted, “The media largely ignores this.”

Joe Biden’s economic record in his first year is the best in 40 years. The media largely ignores this.

And, of course, her completely laughable statement was quickly affirmed by her followers who seem to be more proficient at typing than thinking.

A fawning small-time actor responded, “One has to also ask, WHY are they ignoring it? There seems to be no good reason for this. ONLY plausible explanation is their ‘both sidesing’ of Trump vs Biden which makes it REALLY bad if they’re doing that.”

Another leftist fan couldn’t help drifting a little closer to reality writing, “I agree. We’re going in the right direction for ‘good paying union jobs,’ as POTUS calls it. Unfortunately inflation and omicron are stealing some of the joy.”

Some of the joy? While Streisand may be living the good life on her three-acre Malibu estate, most Californians live in the real world where unemployment is above 7%.

And most Americans—especially lower income people who Democrats claim to care so much about—are getting hit hardest by record high food prices, expensive gasoline, and skyrocketing home heating costs.

On top of that, rent is going up like crazy—and don’t even think about trying to buy your first home.

Even most consumer goods prices have been surging—something that’s conveniently blamed on supply chain issues even as the Biden administration does its level best to push our messed-up monetary system to its absolute breaking point.

It seems safe to say, these are not the most prosperous times in the past four decades—no matter what Barbra decrees.