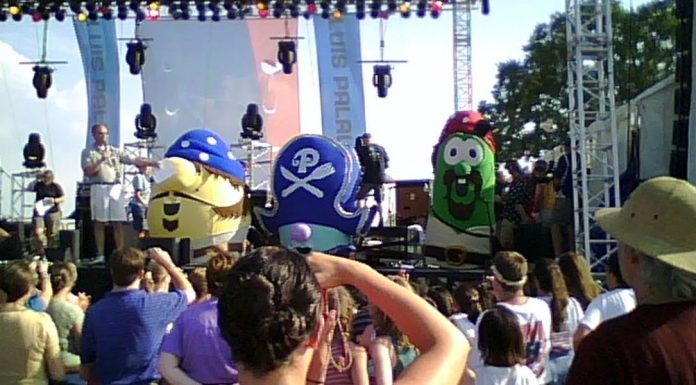 In a world of “woke” politics, gender identity issues, and cancel culture, it should come as no shock that atheism (open denial of God) is on the rise.

While identifying as a non-believer might be the new thing to do, it appears atheists are not up-to-speed on where the Word of God is being taught these days.

In fact, a number of atheists recently got the shock of a lifetime when they found out their children were learning about the Creator from vegetables.

Atheists on the popular discussion board website Reddit are raging over the vastly popular Christian children’s animated show, VeggieTales.

One Reddit user posted, “Just a heads up to any parents of young kids – VeggieTales in the City on Netflix is OVERTLY Christian.”

Heads up?  VeggieTales has been around since 1993. It shouldn’t come as breaking news to anyone that the series has an “OVERTLY” Christian message geared toward children.

In each movie, you will find Bob the Tomato and Larry the Cucumber, and a host of other talking vegetables, giving strong moral messages about God’s love for everyone.

Another user griped that there was no way to block this type of content and that they want their Netflix account to be safe for their children and not have to worry about them watching “religious and spirituality-based shows.”

You certainly wouldn’t want your child watching something wholesome that tells them how very loved they are by God.  We can’t be having that, now can we?

The most irate user stated that as a child, they thought one of the VeggieTales songs about cheeseburgers was just a “whimsical tune,” but having rewatched it, they now realize it is actually “Christian brainwashing.”

VeggieTales very openly covers all of the major Bible stories, and they end each episode with “God made you special, and He loves you very much.”

Most rational people would argue that VeggieTales is not trying to “hide” their Christianity.

It is a sad day when people are trying to block content that teaches their children about God, while accepting content that glorifies a host of atrocious things like the sexualization of little girls.

Americans should fear for their country and their religious freedoms.