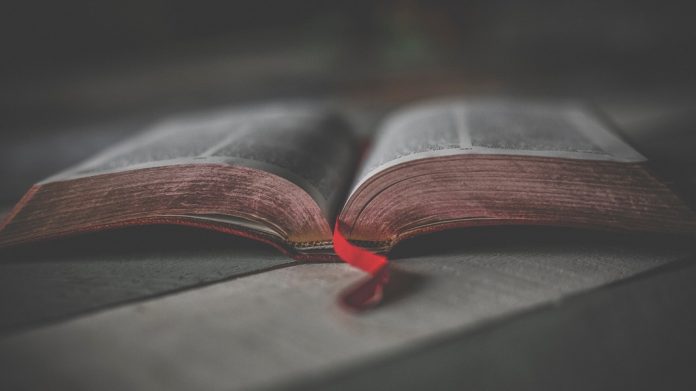 Radical atheists won’t be happy until they wipe Christianity off the map.

They’ve targeted everything from statues of the Ten Commandments to school Christmas plays.

And now they’re attacking these state governors for one simple act.

That caught the ire of the Freedom From Religion Foundation (FFRF).

The organization says that such prayer services – despite the fact that all were welcomed to attend – “make atheists feel unwelcomed.”

The FFRF is blowing a gasket over the fact that a sitting Governor, who is a Christian, would dare to hold a prayer service open to the public.

In a press release, the FFRF writes:

An over-the-top, government-sponsored religious service in the South Dakota Capitol is making the Freedom From Religion Foundation react in disbelief.

On Jan. 6 — her first full day as governor of South Dakota — Gov. Kristi Noem sponsored a church service in the Capitol rotunda. The event was billed as an “Inaugural Worship Service with Governor Noem,” explicitly tying this religious event to her inauguration and public office. Despite assurances that “all [were] welcome,” this event made no attempt at being an “interfaith” service; every aspect was decidedly Christian in nature.

The service featured Christian music, a full sermon by a pastor, and multiple group prayers. One of these prayers, led by a woman who identified herself as the new governor’s family friend, endorsed a Christian nationalist vision for South Dakota, saying of God: “You are the Lord and King of South Dakota” and “We thank you, Lord God, that we have faith — faith in You. And that Holy Spirit is filling this place now as we worship you, and the Holy Spirit absolutely takes over every corner and every crevice of this Capitol and of this state.” The woman then pivoted from Christian nationalism to exorcism, praying that “any demon that may try to come in this place is kicked out.”

The fact is, prayer services are a common tradition at every level of government.

But the atheists didn’t bat an eye then because unlike these governors, Obama spent his time attacking America.

In his 2015 Prayer Breakfast speech, Obama admonished Christians, pinning the blame on them for slavery and Jim Crow laws.

That led to former Virginia Governor Jim Gilmore calling Obama’s speech “the most offensive I’ve ever heard a president make in my lifetime.”

Do you think that Governors Noem and Stitt were wrong for holding prayer services?