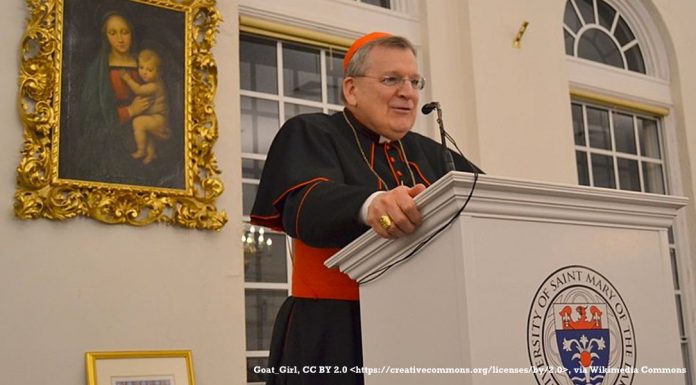 But most people of faith aren’t willing to stand up to them.

That’s why atheists are furious after a Catholic Cardinal revealed their new world order plot.

Coronavirus is being exploited by the Left to advance radical ideas.

They know that under great crisis is opportunity.

And they are now using it to advance an idea called “The Great Reset.”

This extreme idea has been referred to as “the Green New Deal on steroids,” which would advance socialist ideas, along with the destruction of capitalism and individual rights.

It is called “The Great Reset” as it is seen as a chance to completely reset the systems we live under and replace it with far-left policies.

Fake News Media outlets call this a conspiracy theory, despite the fact that the World Economic Forum is the primary sponsor of the initiative, which they describe as “an urgent need for global stakeholders to cooperate in simultaneously managing the direct consequences of the COVID-19 crisis,” with an expanded goal of improving “the state of the world.”

This is a direct threat to anybody who believes in the Word of God, as socialism and communism have always resulted in repression of Christians.

Pope Pius XII saw this as such a threat that in 1949 he signed a decree to excommunicate communists from the Church.

And while few today are willing to sound the alarm bells, Catholic Cardinal Raymond Burke is speaking out against “The Great Reset.”

“Our nation is going through a crisis which threatens its very future as free and democratic. The worldwide spread of Marxist materialism, which has already brought destruction and death to the lives of so many, and which has threatened the foundations of our nation for decades, now seems to seize the governing power over our nation,” he said.

He went on to directly address “The Great Reset,” saying:

“Then there is the mysterious Wuhan virus about whose nature and prevention the mass media daily give us conflicting information. What is clear, however, is that it has been used by certain forces, inimical to families and to the freedom of nations, to advance their evil agenda. These forces tell us that we are now the subjects of the so-called ‘Great Reset,’ the ‘new normal,’ which is dictated to us by their manipulation of citizens and nations through ignorance and fear.”

The Left, and the radical atheists pushing “The Great Reset” surely are furious at this speech.

A “reset” like this would naturally bring in the globalist new world order that the far-left has been demanding for decades.