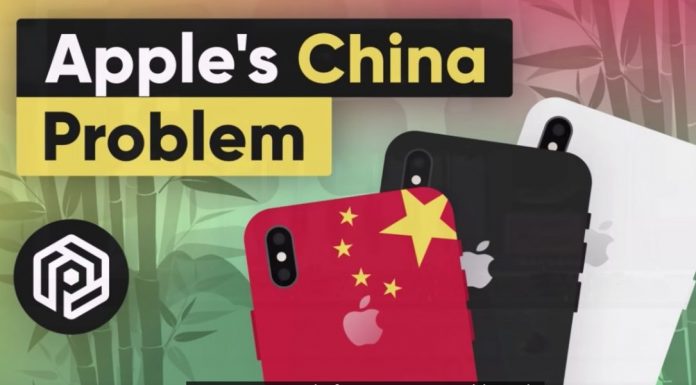 Communist China is a den of human rights violations.

Now, they’ve found a new partner to do the Communists’ dirty work.

And Apple’s new deal with the Chinese Communists could cost Christians in China everything.

Since the formation of Communist China, millions of their people have died in the Communist Party’s quest to enforce obedience on the population.

#EconWatch: As #China celebrates the 100th anniversary of the #CCP, let us not forget the atrocities committed by its founder: Mao Zedong. Mao was a brutal dictator whose #communist revolution resulted in the single largest mass murder in human history. pic.twitter.com/sSEflYSOl1

Old and young, rich and poor, landowners and peasants, all have faced the onslaught of terror and death that the Chinese Communist Party has put on its people.

And few in China have suffered more than people of faith.

Sadly, while Americans and American businesses used to stand up against the Communist threat across the Pacific, those days are no more.

Now American politicians and big businesses are doing their bidding.

Among those taken down was the Olive Tree Bible App.

A spokesperson for the Bible App stated that:

“Olive Tree Bible Software was informed during the App Store review process that we are required to provide a permit demonstrating our authorization to distribute an app with book or magazine content in mainland China. Since we did not have the permit and needed to get our app update approved and out to customers, we removed our Bible app from China’s App Store. We are currently reviewing the requirements to obtain the necessary permit with the hope that we can restore our app to China’s App Store and continue to distribute the Bible worldwide.”

China has bulldozed churches, tortured Christians to death, and burned Bibles by the thousands. And today leftists at Apple are eagerly banning the Bible for China in the new digital age.

Sadly, these are the same woke corporate hacks who gleefully attacked Texas for protecting Life and Georgia for trying to protect the integrity of elections.