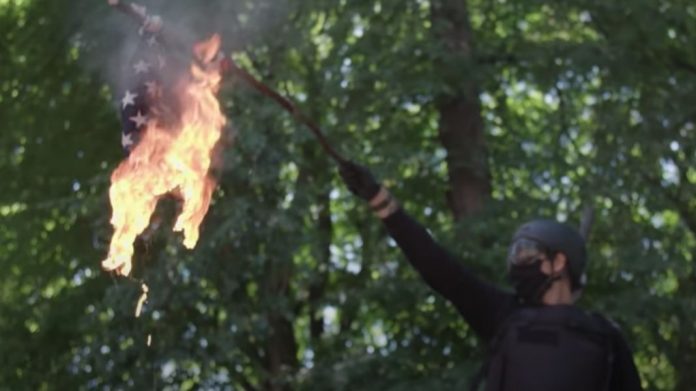 This past summer was filled with countless cities across America being burned and looted by Antifa thugs.

And Seattle was a leading city for Antifa to operate out of with the full support of its Mayor.

Now the Antifa-backing Mayor of Seattle is in shock at what is happening to her police force.

Besides the coronavirus, 2020 will be remembered for the rioting and looting in cities across America.

One of the leading groups that caused the chaos in many streets in our nation was Antifa.

And aside from Portland, few cities in America were terrorized more by rioting and Antifa than Seattle.

But unfortunately, the Mayor of Seattle, Jenny Durkan, fully supported Antifa in their reign of terror.

Durkan even supported Antifa to the point where she willingly gave them the opportunity to take over part of the city through their “Autonomous Zone.”

The six block Autonomous Zone controlled by Antifa was allowed when the Seattle police force was told to stand down and pull back from their police precinct by city leadership.

City leadership has even caved to Antifa’s demands and are taking action to defund the police force.

And now the Mayor of Seattle is in shock as she learns that the Seattle police force has been decimated by officers leaving the force in droves.

This puts the police force’s size in the ballpark of what it was back in the early 1990s with the city growing substantially since then.

We will continue to improve policing and reimagine community safety in Seattle by shifting some responses to community-based alternatives and civilian programs like Health One or community service Officers. But the city also needs a sufficient number of officers who can respond to the most urgent 911 calls in all parts of our city at any time of the day. We are losing an unprecedented number of officers, which makes it even more critical that we recruit and retain officers committed to reform and community policing that reflect the diversity and values of our city.

It is shocking how dumbfounded leftist leaders across America can be in the fact that police forces are decreasing in size after they cave to rioters and decided to defund the police.

Hopefully for the sake of concerned residents of Seattle and other cities will wake up and vote out these leftist before it’s too late.