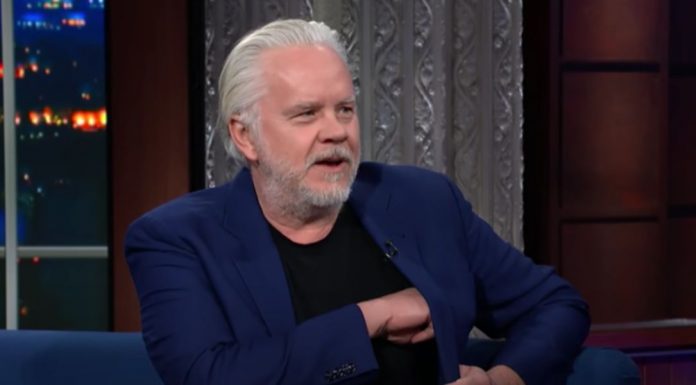 The film industry is hopelessly left-wing.

Entertainers line up to support whatever the Democratic Party says and does.

But a liberal actor just dropped the gloves on one dastardly Hollywood practice.

Liberal Hollywood actor and director Tim Robbins said something about the COVID regime that made people raise their eyebrows.

Robbins — who is perhaps best known for his Andy Dufresne character in the film Shawshank Redemption — is far-Left, even by the standards of Hollywood.

He has a history of left-wing activism, and campaigned for socialist Bernie Sanders in 2016.

But Robbins appears to be an old-school civil libertarian who opposes the insanity of the COVID regime.

Most liberals fell in line behind Joe Biden, Dr. Anthony Fauci and the other approved spokesmen whose pandemic guidelines changed with the wind.

However, Robbins is fighting back against the COVID restrictions that remain in place in Hollywood despite new evidence that shows the draconian measures are nonsense.

Most Americans are well aware of the harm teachers unions caused to children with their pandemic policies.

But like education and many other parts of society, Big Labor bosses are hurting the entertainment industry too.

Robbins urged the major acting unions SAG-AFTRA and Actors’ Equity to ease the restrictions that forced actors to get the jab as a condition of employment.

Robbins tweeted at the unions an NPR fact sheet with updated Centers for Disease Control (CDC) guidelines, expressing, “Hey SAG-AFTRA and Actors’ Equity, now that the CDC has changed its policy, it might be time to end your discriminatory vaccine mandates and allow those that you have marginalized and excluded to work again.”

Hey @sagaftra and @ActorsEquity Now that the CDC has changed its policy, it might be time to end your discriminatory vaccine mandates and allow those that you have marginalized and excluded to work again. pic.twitter.com/NH76rs21O6

The CDC is far behind the “canceled” physicians and scientists around the world who have essentially been saying the same thing since late 2020.

Performers have been forced out of work in the industry for refusing to get the vaccine.

Rapper and actor Ice Cube was among the entertainers who opposed the forced jabs and left a film project because of it.

Meanwhile, actors who haven’t acquired millions like Ice Cube were essentially forced out of the profession.

Theater actor Clifton Duncan was not allowed to perform on Broadway because of his refusal to get vaccinated.

He has since challenged the Left on other social and cultural issues, which has effectively made him unhirable in mainstream Hollywood.

Duncan recounted his story during a speech at a recent libertarian event.

The COVID regime is destroying lives for guidelines that make zero sense.

It’s encouraging to see Robbins join Duncan and others in taking a stand against the nonsense that has done considerable damage to the film and theater industry over the past two years.