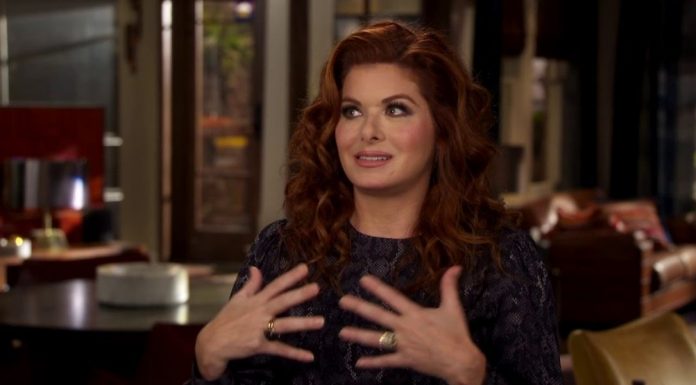 And an unhinged actress wants to do something shocking to Republicans.

Will & Grace star Debra Messing has been one of the most outspoken and clownish leftist celebrities over the past few years.

Her latest insane comment was a call for the Georgia Republican Party to be arrested.

THIS IS SO BRAZEN. It’s disgusting. The @gop in #Georgia need to be arrested. https://t.co/NMg1aVZ5XI

Delusional Democrats like Messing have convinced themselves that Georgia’s new election integrity law is “Jim Crow on steroids” as Joe Biden despicably put it.

The law simply tightens ID requirements and lines up with voter laws in blue states.

The uproar over the law led to Major League Baseball relocating its 2021 All-Star game from Atlanta to Denver.

The most ridiculous thing about the move is that Denver’s voting laws are arguably stricter than Georgia’s.

For example, there are fewer days for early voting in Denver.

Nevertheless, Democrats went to war over a lie, and Georgians paid a steep price.

Cobb County is set to lose at least $100 million in revenue from the All-Star game not being played in Atlanta.

This is a perfect example of how bad Democrat policies have unintended consequences.

The corporate-controlled press and useful idiots like Debra Messing get the masses lathered up to advocate for nonsense.

After Trump considered raising taxes on the top 1% of earners, Messing tweeted her disgust at the proposal.

Democrats on Twitter had to remind her that she’s on the Left and must always be in favor of raising taxes, particularly on “the rich.”

The MLB and other businesses decided to get woke, but it’s the small businesses in Atlanta that could go broke.

Hopefully Georgians will remember what deceitful politicians like Raphael Warnock did to them with the “Jim Crow 2.0” lie.