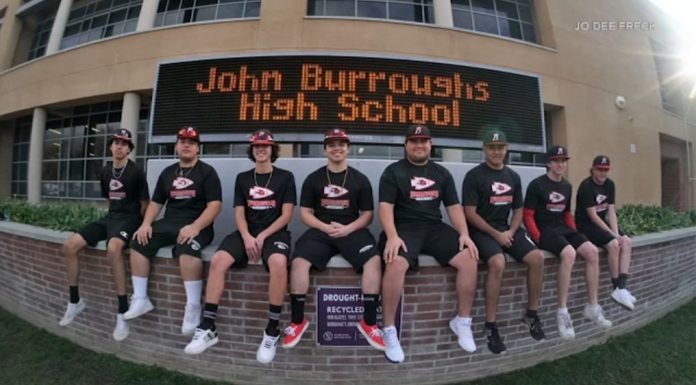 From the pandemic lockdowns to the continued “woke” Left agenda, there seems to be no shortage of things you can get reprimanded for these days.

We see celebrities getting canceled for innocent comments and everyday citizens being yelled at for not observing proper social distance.

And now, an entire varsity baseball team just got suspended for this outrageous reason.

Senior players on the Burroughs High School baseball team were all just suspended for violating COVID health orders in a picture.

A picture taken by their Moms.

The players were asked to sit for a picture to commemorate their senior season.

They dutifully did as their Moms asked and posed in front of the school so the moment in time could be captured.

Well, seems John Burroughs High School doesn’t care if your Mom wants a picture or not because they just suspended the varsity players for two weeks.

Why would they do such a thing, you ask?

Simple, the boys took a picture without masks on.

Yup, now all of these young men have on their school record that they have been suspended.

Not suspended for cheating or fighting.

Nope, suspended because they didn’t have a mask on in a picture.

This has to be a new level of fear-mongering.

The pictures were taken in January as part of a two-decade tradition for varsity seniors on the baseball team to take a photo together for the yearbook.

The moms of the athletes organized the photo op, which ended up on social media.

The Burbank Unified School District saw the picture and punished the players for violating COVID-19 safety protocols – not wearing masks and not following proper social distancing.

This is a tradition, and it was organized by the student’s Moms, let’s cut them some slack.

According to one of the players, the district board members actually tried to cancel the entire season as a result of the picture, but the athletic director fought for the kids, and the compromise was a two-week suspension instead.

It’s a sad world when a few young, healthy baseball players can’t take a picture for their Moms without getting in trouble.