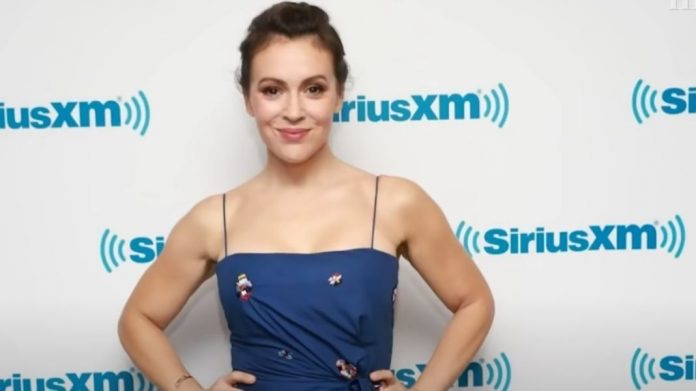 When Hollywood elites talk about defunding the police, they are putting the very people they claim to defend in danger.

But they aren’t known for being consistent.

And an anti-police Hollywood star is in hot water after calling the police for a crazy reason.

Alyssa Milano used to be a major Hollywood star.

But she hasn’t been in a major role in many years.

In order to regain some relevancy she has become a full-time anti-Trump activist.

She first made herself known during the confirmation hearings of Supreme Court Justice Brett Kavanaugh, where she attended the hearings, and promoted every unproven claim thrown at Kavanaugh using her massive social media accounts.

Since Kavanaugh’s confirmation, she has latched onto every left-wing movement she could find.

Most recently she has been promoting the anti-police Black Lives Matter movement.

While ignoring rioting across the country, she promotes the movement, claiming it to be peaceful.

She has even gone so far as to give her full-throated support of the Defund the Police cause.

On numerous occasions she has promoted the anti-police cause on her Twitter account, which has 3.7 million followers.

Of course, if she truly believed what she preached, she would choose not to rely on police in her everyday life.

But when she saw somebody with an airgun in her neighborhood, who was reportedly hunting squirrels, she went straight to the police.

According to the Daily Mail, the “gunman” was actually a young boy shooting squirrels with an airgun near her house.

Despite this, her call caused at least seven Ventura County Sheriff’s Deputy vehicles, a police helicopter, and other law enforcement members to descend on the home of the anti-police activist to protect her.

Police were given a description of a “male, 40-years old, with a long rifle.”

After a three hour search, they only found “a neighborhood teen with an air gun shooting at squirrels.”

There is no telling how much this response cost.

But it is ironic that a person who wants the police’s funds dramatically cut would rely on them to protect her.

If the police were defunded, she would still be fine, as she has the resources to secure her own private security.