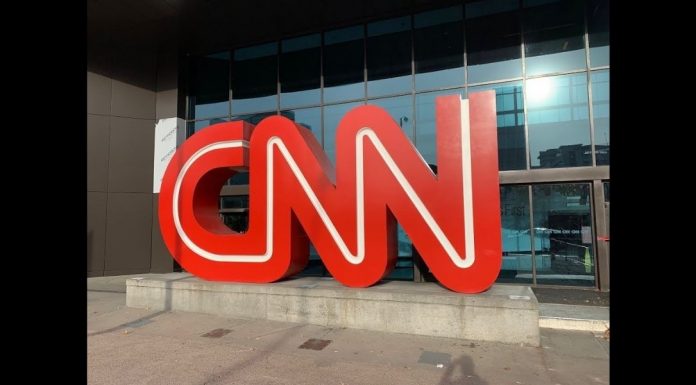 The Leftists at CNN are spreading the climate-change police’s latest talking points again.

These wackos have to know there’s nothing behind so much of what comes out of their mouths.

And Americans went slack-jawed after they learned CNN just declared this sport is the Left’s newest climate change scapegoat.

Apparently, no part of culture is safe from the climate-change police.

And now, you can’t even get away for a round of golf.

Those sounding the alarms can’t decide whether you’ll be trying to putt in a swamp or desert, but there’s no doubt soon you’ll be hearing all their theories before you can even get on the green.

Golf courses are “on borrowed time” according to CNN.

The network is taking issue with golf, the sport in general, but uses courses in Utah’s Salt Lake County as the horrifying example.

According to the network the “30 or so” golf courses drink more than 13 Olympic-sized swimming pools worth of water and “in many cases, clearing forests or trees that were soaking up carbon-dioxide to make way for long tracts of fairway.”

If you’ve ever actually been in Utah, an educated guess would assume that in its natural state those golf courses would sport a bang-up crop of tumbleweeds.

Not exactly a carbon sink.

And what about trees? Ever seen an ugly golf course? While possible, it’s certainly unlikely. Most include landscaping that transforms western high desert land into something that resembles the ecologists’ vaunted savannah landscape—complete with trees sheltering birds, squirrels, insects, and probably a few mice (don’t tell the ladies in the clubhouse).

And how about the nine million gallons of water sprayed onto those gorgeous greens?

The truth is, this is simply one more area for “the sky is falling” fanatics to freak out over and make everything worse.

Millions of acres of roadless wilderness areas around the United States have been clear cut by nature over the past few decades.

How? Well, when lumberjacks were kicked off the land in the name of “preservation” unhealthy overgrowth leads to weakened forests where large swaths of trees were annihilated by pine beetles.

As taxpayers we continue to pay for crews to put out massive forest fires while we get to pay high tariffs to import the lumber we need from Canada (the main reason for the current high lumber prices at your local Home Depot).

No doubt, if leftists get their way, we will be left with even more scarred landscapes—all in the name of protecting the earth.