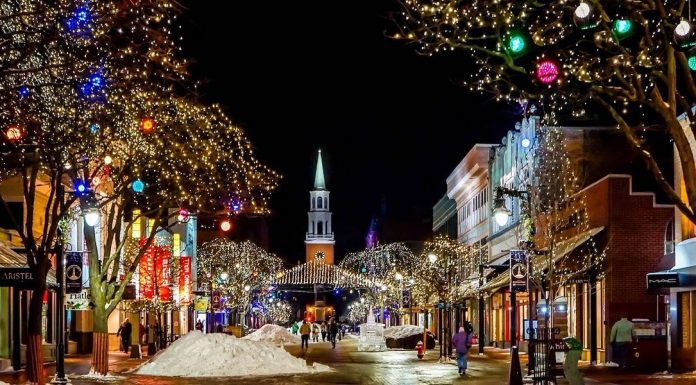 We all get those useless Christmas cards in the mail where the family elites forget the meaning of the holiday and instead use it to gloat about how great their life is going.

But one family’s card this year dropped everyone’s jaw.

And Americans looked with horror at the stomach-churning thing this leftist mom used her Christmas card to proclaim.

It’s clear from stories like this one that our society is in a spiral into the ash heap of history because of the ideology of the Left.

The transgender madness is out of control in our society.

It’s so bad leftist mothers are using her Christmas cards to proclaim their brainwashed kindergarteners are “non-binary.”

Young adult author Jennifer Chen gleefully posted on Instagram that she used her Christmas card to tell her family that her daughter Claire is now a Clark.

In the Christmas card, Chen proclaimed to her family, “I’d like you all to meet Clark (formerly known as Claire). Clark prefers they/them/he pronouns and would like to be known as my kid/my son who is non-binary. Clark asked us to tell our friends & family who they are now.”

What does that mean?

Chen’s card continued, “Chloe is the first to correct me when I accidentally use the wrong pronouns or name. As a family, we love Clark and support whatever their journey might hold. For me, when we’ve honored their choices to cut their hair short or wear clothes that feel like them, the JOY & LIGHT on Clark’s face is what lets me know that we are doing the right thing.”

You can’t make this child abuse up.

Remember when guys were guys and girls were girls?

Well, thanks to the Left and passive Republicans, those days are long gone.

Arguing about gay marriage was mooted when people started putting their faith in a Supreme Court that put it’s stamp of approval on sending America down this slippery slope.

Soon came the idea of putting guys in women’s bathrooms and even women prisons.

California have $1.5 million to spend on condoms in female prisons, because 300 males "suddenly" self-ID's as transgender after SB-132 law, but can't find even $0.1 million on menstruation products,so women forced to buy them on their own.

Remind me, who is "the most oppressed"? pic.twitter.com/zAdPHxE70Z

And now our society is just in complete denial with the LGBTQRSTUV agenda that believes in over 100 genders.

But rather then realizing how idiotic and damaging their radical doctrine is to our society, leftists are embracing it even more.

So make sure to note the next time your child thinks they’re a dog or a superhero so you can tell your family that’s how they identify in your Christmas cards next year.