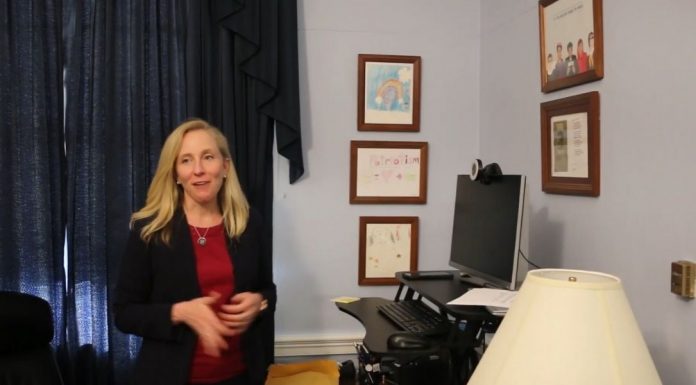 Every time you go to the grocery store or the gas pump the price you pay just continues to skyrocket up.

But every American should be furious over what this leftist congresswoman just said about struggling American families.

When you went out to get your Thanksgiving turkey and stuffing your heart probably skipped a beat as you realized just how much Thanksgiving was going to cost you this year.

And when you last went to the gas station you probably had to sign away your first born child just to fill up the tank.

Inflation is currently worse than we have seen it in a generation.

It’s clear that this inflation isn’t a joke.

But no one in Washington, D.C. apparently thought printing forty percent of the US Dollar ever printed just within the past year and a half was a bad idea.

But that’s what the D.C. Swamp brainiacs did after shutting down the world economy on top of all their other horrible policy choices.

And unfortunately for the average American family, there is no end in sight to the fast paced decline of the dollar.

There’s no end in sight with the Biden administration and Democrats looking for more, more, more.

They’ll likely get it sadly, after all Biden just renominated this guy at the Fed.

Biden will nominate Jerome Powell for a second term as Federal Reserve chair, praising his stewardship of the economy during the pandemic.

Reality: Inflation is at a 31-year high.

But don’t worry, politicians in Washington, D.C., especially those on the Left, could care less.

And Congresswoman Abigail Spanberger of Virginia said the quiet part out loud.

Spanberger was on the CBS podcast “The Takeout” when she was asked about Americans’ concerns for inflation and uncontrollable spending coming out of Washington, D.C.

The host asked her, “And when 50% of a nationwide poll tell us they believe that inflation was being driven by the COVID relief package, what do you say to them?”

She responded, “I would say, well, what part of that package should we have cut?”

Spanberger continued, “The billions of dollars in support to small businesses throughout central Virginia that received PPP funding, that received…loans? The support directly to our schools to allow — as they did in the communities that I represent — that allowed the schools to hire additional mental health counselors or school counselors, hire folks to help cope with learning loss, put pop-up tents so kids can eat lunch outside and have a bit of a break during the day and fresh air and take their masks off as they’re eating their lunch safely, the HVAC systems that ensure that they’re circulating clean air through our schools?”

Well gee, how could you answer that dumb question from this “respected” Democrat?

We don’t know, maybe the 86 billion dollars that went to bail out failing unions and their pension plans,500 billion to fund the preservation of native American languages, and the billions of dollars in other handouts American taxpayers will never see again.

But hey at least she is honest in her lack of concern for your pocketbook and rising bills.