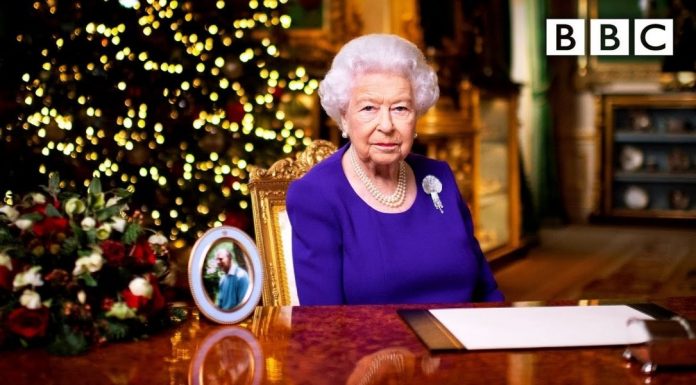 Corporations in America are undoubtedly in the pocket of the Democrat Party.

If the Democrats tell them to jump, they ask how high.

Now Americans are waiting to see how these woke companies respond to the Queen of England’s recent announcement.

Queen Elizabeth II announced this week that citizens will need identification in future elections to protect against voter fraud.

“Britons will have to show photo ID to vote in future general elections, ministers are poised to confirm this week, as a means of tackling fraud which critics claim could deter poorer and ethnic minority voters from taking part in democracy.

The proposal is to be included in Tuesday’s Queen’s speech, which will set out the government’s post-pandemic priorities and the laws it intends to pass in the forthcoming parliamentary session.”

Americans have been told for months by the Left that voter ID laws are racist attempts by white supremacists to keep minority voters down.

When Georgia passed an election integrity law, Joe Biden told ESPN that the law made “Jim Crow look like Jim Eagle,” and the MLB pulled its All-Star Game out of predominantly black Atlanta.

Woke corporations like Coca-Cola came out against the law and made statements about the law being a step backward.

Stacey Abrams and others on the Left called for boycotts of the state of Georgia – that is until Abrams found out how politically unpopular the boycotts were.

Some companies went as far as to take out full-page ads in The New York Times, decrying the voter ID law.

Secret meetings were held that included CEOs from major corporations where they discussed how to politically and financially hurt anyone who supports voter ID and election integrity laws.

Yet, the woke Left is eerily quiet now that Queen Elizabeth has stated her support of voter ID.

Often liberal in its political leanings, the U.K. isn’t receiving the same outrageous backlash the state of Georgia did.

Why aren’t these CEOs screaming about Queen Elizabeth being an evil white supremacist conservative?

Shouldn’t we hear about how Coca-Cola is pulling their business from the U.K.?

Where are the screams of injustice from the Democrats?

No doubt that the woke corporations that screamed foul after the election integrity law was introduced in Georgia were merely doing it to virtue signal and gain points with the left-wing extremists.

It’s obvious they could care less about voter ID and will only scream and complain if they think it will hurt their bottom line.