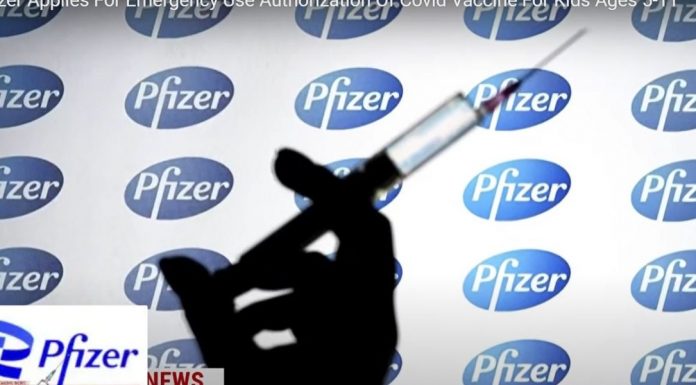 They’re doubling down and nobody is allowed to ask any questions.

But Americans will boil over with rage after a drug company whistleblower just revealed one unconscionable cover-up.

Investigative reporter James O’Keefe has been a thorn in the side of the establishment and the radical Left.

A big objection for many Americans – especially among Catholics and other Christians – to Joe Biden’s COVID vaccine mandates has surrounded the use of fetal stem cells in the development and production of the vaccines.

In his latest exposé, O’Keefe spoke with a whistleblower from Pfizer about the company’s messaging around use of “fetal cells” in the production of the COVID vaccine.

‘We Want to Avoid Having the Information on the Fetal Cells Floating Out There’#PfizerLeaks pic.twitter.com/7HubydCsSz

Whistleblower Melissa Strickler, a quality auditor for Pfizer, revealed documents showing how the company was crafting its messaging to avoid discussing the issue of “fetal cells.”

“The risk of communicating this right now outweighs any potential benefit we could see, particularly with general members of the public who may take this information and use it in ways we may not want out there.”

In other words, the truth is too dangerous, so let’s bury it.

These are just some of the questions people have not been able to ask about the vaccine.

There has been a relentless push for everyone to get it without thought.

“HEK293T cells, used for the IVE assay, are ultimately derived from an aborted fetus. On the other hand, the Vatican doctrinal committee has confirmed that they consider it acceptable for Pro-Life believers to be immunized. Pfizer’s official statement couches the answer well and is what should be provided in response to an outside inquiry.”

“HEK” stands for human embryonic kidney, so Strickler is bringing important philosophical questions to the forefront.

Many Americans have been denied vaccine exemptions on religious grounds, and that seems particularly unconscionable in light of this new revelation.