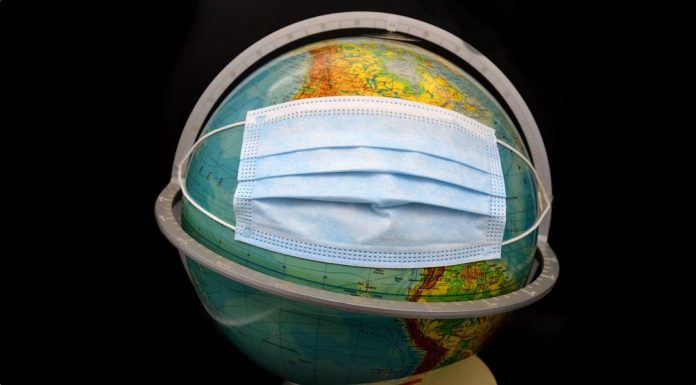 Our nation has become something none of us can recognize.

A nation once filled with hope and freedom is now run by a bunch of Karens who impose their will on others all in the name of fighting a virus.

And America hit a new low as a crying two-year-old was thrown off a plane for not wearing a mask during a severe asthma attack.

Could you have imagined our society and nation getting this bad?

Our nation was once governed by men like Ronald Reagan.

Now we are stuck with Dementia Joe.

Our schools used to be places where our children were given the education they needed to succeed in life.

Now most of them are nothing more than re-education camps for the Left.

Teacher brags she “misplaced” the US flag because it makes her uncomfortable and now she has her students pledge their allegiance to the gay/trans pride flag. pic.twitter.com/l49jbQzdCP

And with the Left never letting a “crisis” go to waste, they have turned COVID into an opportunity to force us all to obey their every desire.

When they want masks, you wear them.

When they want you to get the jab, you better get it or else.

And they don’t care who pays from their demands, especially if it is our children.

Well one parent found this out the hard way.

While flying with American Airlines last week, one little two-year-old was crying uncontrollably and having trouble breathing from a severe asthma attack.

The attack led to the toddler’s masks coming off so the child could actually breathe and to calm the child down.

Well, according to the mother, American Airlines kicked her and her toddler off the flight since medically the child couldn’t wear the mask during the flight.

ASTHMATIC two-year-old struggling to breathe during an asthma attack, wasn’t physically capable of wearing a mask on an American Airlines flight.

The plane was turned around and mother and baby forced to get off. pic.twitter.com/p0z63OBmPg

If this doesn’t make you sick to your stomach then you don’t deserve the freedoms we once had.

Tyranny like this will continue and get worse as long as we allow it to exist.

If the American people don’t turn their anger into substantive action against this type of tyranny then our nation and our way of life will be lost forever.