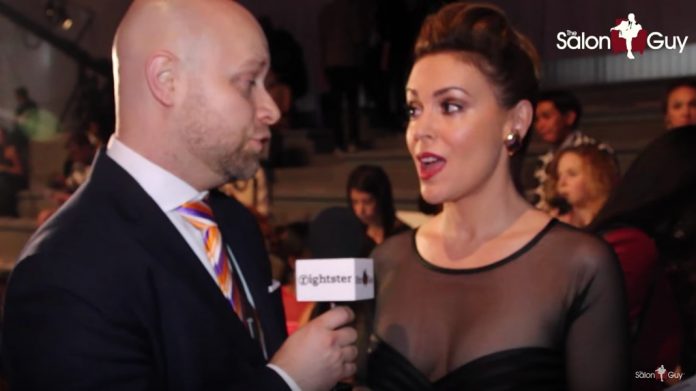 Alyssa Milano has become the leading voice for the Abortion Lobby.

But Milano crossed a red line when she gave marching orders to her followers to do something unspeakable.

The Left has become totally unhinged since Alabama and Georgia passed their pro-life legislation.

In response, they’ve has organized several protests and boycotts.

But they are turning ugly and sometimes even violent.

The actress ordered all of her followers on Twitter to harass a State Senator and all hell is breaking loose.

Actress and far-left activist Alyssa Milano encouraged her Twitter followers to flood Alabama state Senator Larry Stutts’s Twitter with their opposition to his decision to vote in favor of the state’s new law outlawing most abortions in his state.

“We need to make this thread go viral. Do your thing twitter,” Alyssa Milano said to her three and a half million followers, linking to a Twitter post from actress Heather Whaley who accused Stutts of loving “it when girls who have been raped by a family member are further tortured by being forced to carry their rapists baby.”

Many of the tweets berate the Senator’s Christian values and masculinity, and accuse him of misogyny.

Harassment and intimidation are becoming standard operating procedures for the Left.

If they don’t get their way in an election, all hell breaks loose.

Even leaders in the Democrat Party are engaging in this borderline criminal behavior.

Rep. Maxine Waters has told her supporters to find Trump officials in public spaces and to harass and intimidate them.

Maxine Waters and Alyssa Milano are only inspiring radical leftists to engage in violence.

Much to their dismay, these acts of aggression are backfiring.

The more everyday Americans are exposed to unhinged pro-abortion radicals, the more they will turn against them.