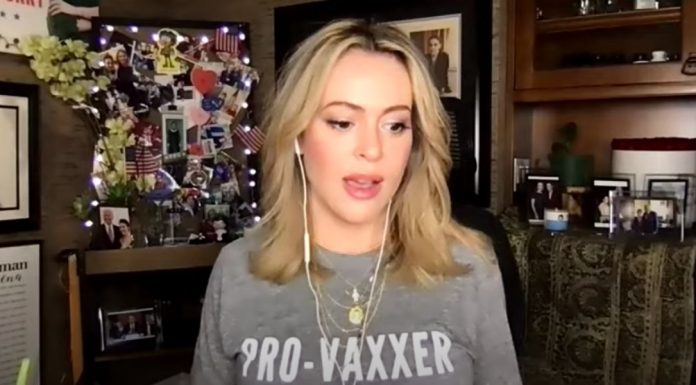 Actress Alyssa Milano is one of the most obnoxious members of Hollywood.

She jumps from one leftist cause to the next.

And Milano just found a new topic to virtue-signal about.

The new Texas abortion law enraged the Left to no end.

It allows for civil litigation against people who contribute to an abortion.

As a result, leftists are hopping mad, particularly in the entertainment industry.

“I think that this is probably one of the most dangerous times we’ve ever faced as women — definitely since I’ve been alive…Women who have the money can travel to another state to have an abortion — to have a safe legal abortion…The women in Texas who do not have that privilege will be forced — and I’m calling it the forced pregnancy law — because we know that it has nothing to do with a heartbeat because it has been scientifically proven time and time again that that is an electrical pulse. It is not yet a formed heart.”

It’s stunning that pro-abortion activists like Milano treat the killing of babies as a holy sacrament.

Milano also used a bizarre argument about the baby’s heart not yet being formed.

That suggests Milano would be against abortions after the first trimester, but Milano and abortion zealots are in favor of abortion up to the point of birth, and even after birth in some instances – something prominent Democrats like Virginia Governor Ralph Northam publicly admitted in 2019.

Milano’s shameless virtue-signaling on every popular cause was called out by her former Charmed co-star Rose McGowan who has become persona non grata on the Left after challenging the wicked Democrat power structure in Hollywood and politics.

As science improves and more people are educated about the abortion process, the pro-life movement gains steam.

For this reason, the Left has gone over-the-top in favor of abortion, which will likely backfire in the long run.