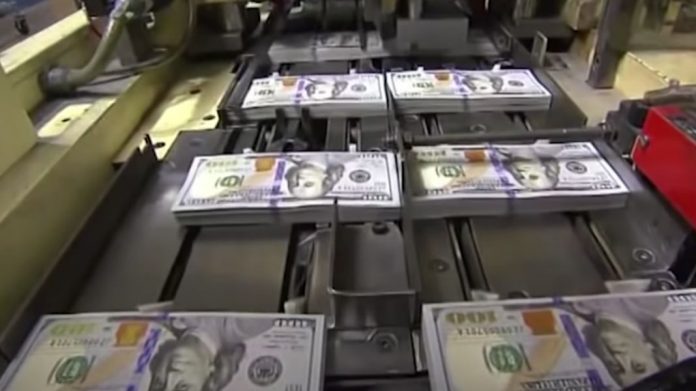 And actress Alyssa Milano is one of the worst of the bunch.

Former Charmed star Alyssa Milano has been one of the most deranged celebrity Democrats since Donald Trump’s election.

The attention-starved actress has inserted herself to several left-wing causes in a desperate attempt to be seen.

Milano tried to become the face of the #MeToo movement even though her former Charmed co-star Rose McGowan called her out for being a fraud.

McGowan said “she’s a lie,” and pointed out that Milano is represented by CAA, the same mega-agency that protected Harvey Weinstein for years.

Milano also drew a wave of criticism for taking a selfie with a crocheted coronavirus mask filled with holes.

Now Milano is further trying to demagogue on the coronavirus despite being utterly clueless.

Milano essentially called for socialism until the pandemic is “solved.”

And all these a******* are talking about our kids going back to school?! NOPE.

We need a NATIONAL shut down NOW. Print cash. Give people UBI until we get this pandemic under control.”

This is dumb on multiple fronts.

Also, Milano is vehemently against children returning to school in the fall even though kids are more vulnerable to the seasonal flu than the coronavirus.

Finally, Milano’s understanding of economics is lacking to say the least.

“Print cash” has been the order that has destroyed countries throughout history with hyperinflation.

Printing endless amounts of money will only devalue the dollar and burden future generations with ever-expanding debt.

At some point, the bill will come due, and American are going to feel the pain in profound ways.

Also, the Left has lost all credibility regarding the coronavirus when they decried anti-lockdown protests, but celebrated “anti-racist” protests:

If Milano had her way, America would soon be printing one hundred trillion-dollar bills like Zimbabwe.