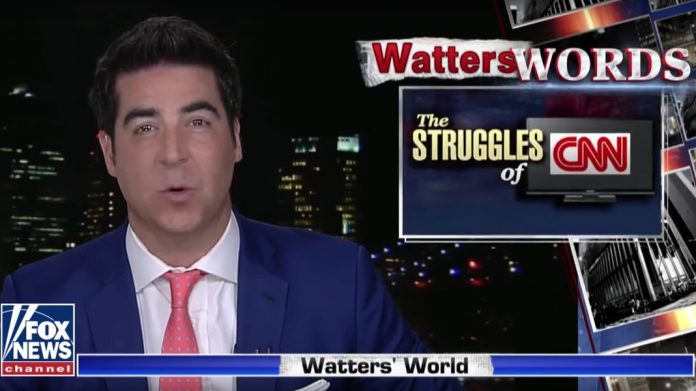 CNN is the largest purveyor of Fake News in the country.

They hire radical leftist activists under the guise of “journalism” to spout their progressive talking points.

But CNN execs received bad news that no one saw coming and it could spell disaster for CNN.

Despite CNN promoting radical liberal thought and pretending it doesn’t, the National Association of Black Journalists (NABJ) called for a “Civil Rights Audit” of the fake news network, claiming CNN falls short when it comes to having a racial workplace balance amongst the company’s leaders.

The organization said in a statement that CNN has zero black employees reporting directly to CNN President Jeff Zucker.

Zucker isn’t backing down however, and said in a statement that CNN is open to meeting with members of the group, but refuses to be a part of any meetings with NABJ’s Vice President, Roland Martin.

“Mr. Martin displayed an unprecedented and egregious lack of journalistic ethics and integrity by leaking questions prior to the town hall. As a result, we have told NABJ that CNN will not participate in any meeting that includes him.”

The NABJ placed the cable channel on a “special media monitoring list,” and that a four-person team from the NABJ “will perform further research and analysis of CNN’s diversity, inclusion and equity practices.”

It is interesting to see the radical and progressive Left start to eat itself from within.

Democrats are starting to pile on one another in the 2020 Democrat Presidential Primary.

And on the congressional side, Nancy Pelosi is having a hard time reining in her caucus, as they fight from within and attempt to pass a resolution denouncing anti-Semitic rhetoric from a newly-elected Democrat Muslim congresswoman.

This type of party infighting is just what President Trump needs to solidify his base, and welcome newcomers who want nothing to do with the party of socialism, open borders, crime, anti-Semitism, and late-term abortions.

Do you think this type of infighting between outlets like CNN, progressive organizations, and Democratic members of Congress will hurt or help Trump in 2020?