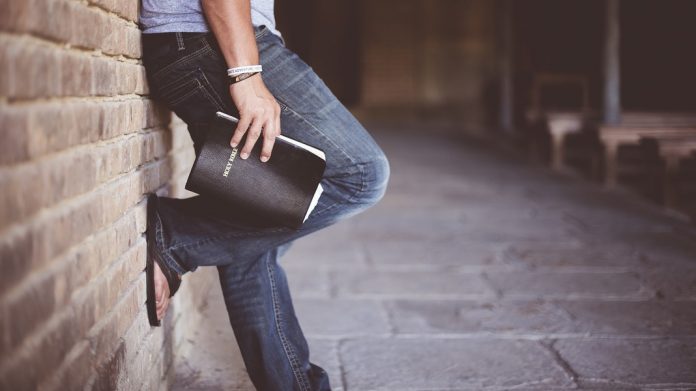 Christianity is under attack on school campuses all around the nation.

Leftist school administrators are telling them to silence their faith – or else.

And how a principal at one high school attacked his Christian students will leave you fuming.

In Mechanicsburg, Pennsylvania, a group of Cumberland High School students have been barred from handing out bibles during lunch time.

The principal told the students they couldn’t hand out the bibles because of the “school policy.”

This is not the first time Cumberland High School has given the Christian students problems, but the school could be in trouble with the law this time around.

Some students of a Cumberland County High School feel they are not being allowed to use free speech. Lawyers for the students say the Mechanicsburg Area School District denied their request to pass out Bibles during lunch, a claim the school says is against its policy.

“In November, the students in the Bible club asked for permission to hand out Bibles to their friends in the cafeteria during non-instructional time,” said Jeremy Samek, Independence Law Center Senior Counsel. “And the principal of the school told them they could not hand out Bibles.”

Samek tells FOX43 this is the third time the members of the club have had an issue with the principal in the last two school years. In previous cases, Samek says once the law center got involved the problems were resolved.

Samek says the school’s policy is totally in compliance with constitutional law, but the way it’s being executed is not. Samek says under the constitution, nothing can be denied unless it’s unprotected speech, like pornography or obscenity, which he says is clearly not the case in this instance.

“It’s important to them [student], that the school district understands what their rights are and so all student’s rights can be protected,” said Samek.

This is a direct violation of the students’ First Amendment rights.

The reality is that if the students were handing out anything other than the bible, no one would take issue.

And if it were a Qu’ran, you can be sure that anyone who voiced concern would be silenced immediately.

Sadly, targeting Christian students is nothing new for the radical left.

As we reported, a Virginia High School teacher was fired for “misgendering” a so-called “transgender” student during class.

The leftists will silence anyone who doesn’t give complete allegiance to their so-called “progressive” agenda.

Their game is “if you can’t beat them, silence them.”

Do you think the students should be allowed to hand out bibles to their classmates? Let us know what you think in the comments below.