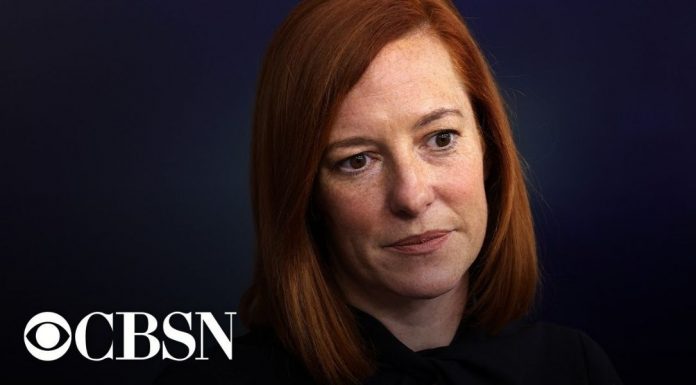 Jen Psaki’s job involves more than lying for the President.

She also issues written releases about upcoming travel, visits with world leaders and their policy plans.

And all hell broke loose when Catholics saw Jen Psaki’s name on this one document.

Jen Psaki has a tough job.

A major part of it is covering for President Biden.

What comes out of her mouth usually gets all the attention.

But her office is responsible for issuing written releases telling her media pals about Joe Biden’s plans.

Paski just issued a statement about Joe Biden visiting Vatican City and it has all hell breaking loose.

President Biden to meet Pope Francis on Oct. 29. "They will discuss working together on efforts grounded in respect for fundamental human dignity, including ending the COVID-19 pandemic, tackling the climate crisis, and caring for the poor," White House says. pic.twitter.com/jrlpoUuvk7

Pope Francis and Joe Biden plan to meet and discuss how they can force the vaccine on you.

Pope Francis is making many believe that most world leaders are working together to force us to take the jab.

With both the Church and the State working together to take your liberties away they can’t fail.

Pope Francis is becoming more radical in the Left’s beliefs by the day.

He is using his power to force their agenda on billions of Catholics across the world.

Even if you aren’t Catholic this can have huge ramifications for you as well.

Some estimates show that 25% of the American population is Catholic so imagine what would happen to our nation if just half of these Catholics joined the Leftists, if they haven’t already.

I mean the dude literally just referred to the Black Lives Matter rioters and looters over this past summer as the “Good Samaritans.”

…can be manipulated or exploited by political machinations or whatever, but the main thing is that, in that protest against this death, there was the Collective Samaritan who is no fool!"

So what could go wrong with Pope Francis meeting Joe Biden in a couple weeks?

Biden is planning to take a five day adventure out of his retirement home to Italy and the United Kingdom.

And while enjoying all the tax-payer funded pudding pops on his flights he will be visiting with Pope Francis.

And the two are reported to be meeting on three big issues to them: COVID vaccines, climate change, and poverty.

We already have the federal government ramming COVID vaccines into our arms if we like it or not.

So what could go wrong with the Church and the State working together to force us all to take the jab?