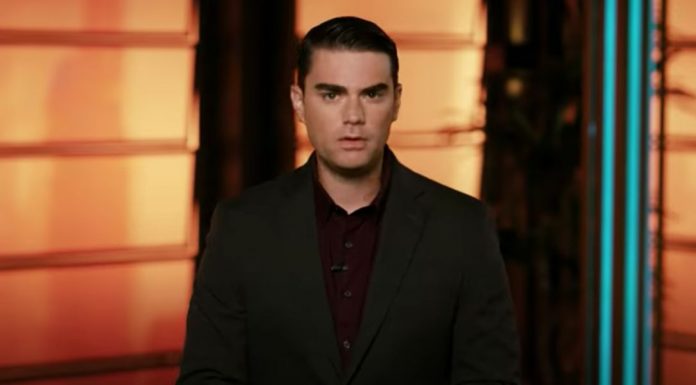 The Left have radicalized at a jaw-dropping rate.

They are attempting to drive all conservatives out of public life.

And all hell broke loose when Ben Shapiro showed up at this leftist event.

The “tolerant” Left have become increasingly intolerant toward anyone that doesn’t agree with them.

Even liberals who step out of line can get thrown under the bus.

And conservative commentator Ben Shapiro showed how unhinged leftists are when he showed up at a convention called Podcast Movement.

The Daily Wire, one of the biggest podcast networks in the world, paid for a booth at the convention, but apparently Shapiro was not welcome at the event.

Shapiro made a brief impromptu visit to The Daily Wire’s booth, stood for a few pictures, and shook a few hands.

That triggered someone at the event, which spurred Podcast Movement to offer a groveling apology.

Podcast Movement wrote, “Hi folks, we owe you an apology before sessions kick off for the day. Yesterday afternoon, Ben Shapiro briefly visited the PM22 expo area near The Daily Wire booth. Though he was not registered or expected, we take full responsibility for the harm done by his presence. There’s no way around it: We agreed to sell The Daily Wire a first-time booth based on the company’s large presence in podcasting. The weight of that decision is now painfully clear. Shapiro is a co-founder. A drop-in, however unlikely, should have been considered a possibility.”

The Left have become so deranged, they don’t want conservative podcasts to show up to a podcast convention.

The fact that Podcast Movement felt the need to apologize is mind-boggling.

The mewling apology continued, “Those of you who called this ‘unacceptable’ are right. In 9 wonderful years growing and celebrating this medium, PM has made mistakes. The pain caused by this one will always stick with us. We promise that sponsors will be more carefully considered moving forward. Just to clarify, no TDW representatives were scheduled to appear on panels, and Shapiro remained in the common space and did not have a badge. If you have questions, we’re here to talk. Thank you for reading, and we hope you’ll continue to join us from here on out.”

The Left has reached a point where many of them refuse even to be in the presence of someone who disagrees with them.

Back in 2017, Shapiro famously went to Berkeley to give a speech, and the school had to spend $600,000 on security to ensure the Left didn’t riot at the event.

This has become the dominant ethos on the Left.