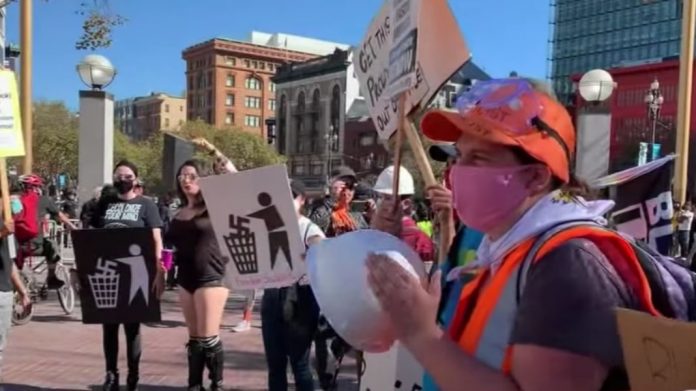 Conservatives have been fighting for free speech while leftists and the Fake News Media do all they can to silence them.

And many conservatives are taking a stand to fight for their right to free speech as the election draws near.

It doesn’t take a genius to see how leftists, the Fake News Media, and Silicon Valley elites are doing all they can to silence conservatives.

And many conservatives are tired of being silenced.

This has driven many groups to hold free speech rallies across the nation.

But unfortunately for one conservative group, their peaceful free speech rally turned violent as angry leftists decided to descend on the rally.

A conservative group in San Francisco called Team Save America held a free speech rally this past weekend and numerous people were attacked by leftists looking to end the rally.

The leader of Team Save America, Philip Anderson, was attacked and lost numerous teeth when he found himself within reach of the enraged leftists.

Anderson tweeted a picture of his injury, but shockingly, Twitter has suspended his account since the rally, so here is a video of the attack instead.

And according to the Associated Press, along with the rally goers who were violently attacked, three officers for the San Francisco Police Department also sustained injuries, from pepper spray and caustic chemicals used by the leftists, while trying to end the rally.

How much more violence will conservatives endure before they have their voices heard.

They are being censored and attacked at an alarming rate and only time will tell if it will change.