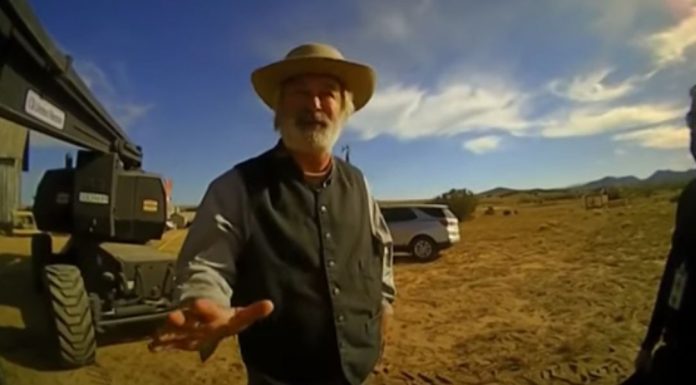 Alec Baldwin shouldn’t be picking fights with all the trouble still hanging over him.

But his incurable case of Trump Derangement Syndrome keeps leading him there.

Now the troubled actor is starting fights he shouldn’t after his anger got the best of him yet again thanks to this Hollywood Republican.

Alec Baldwin remains under investigation for the shooting death of cinematographer Halyna Hutchins during filming on the western Rust.

Schneider recently came out as a Republican, citing the “woke” nonsense of the Left and the corruption of the Democrat Party as his reasons.

Schneider appeared on Glenn Beck’s podcast and mentioned the moment that he knew SNL was essentially done as a relevant sketch comedy show.

According to Schneider, the death knell for SNL happened in 2016 after Donald Trump defeated Hillary Clinton.

Schneider said that the moment occurred “when Hillary Clinton lost, which is understandable, that she’d lose…Not exactly the most likable person in the room. And then when Kate McKinnon went out there on ‘Saturday Night Live’ in the cold opening…She started—dressed as like Hillary Clinton…and she started playing ‘Hallelujah’ [as Clinton] … I literally prayed, ‘Please have a joke at the end. Don’t do this. Please don’t go down there.’ And there was no joke at the end, and I went, ‘It’s over. It’s over. It’s not gonna come back.’”

SNL is supposed to make fun of both sides of the political aisle, not mourn the defeat of one presidential candidate.

Baldwin jumped in and responded, “I guess it must be an incredibly slow news cycle if we’re talking about Rob Schneider’s thoughts about Kate McKinnon playing Hillary Clinton so many years ago…We started that in 2017 … 2016 during the campaign and then in November he [former President Donald Trump] was elected unbelievably and we did the show I did for those four years…I’m from the school … where you criticize someone’s judgment and you leave out the idea that you had no problem with their judgment when they hired you … and put you on the show?”

During his rambling message, Baldwin never addressed the heart of Schneider’s criticism.

SNL is a sketch comedy show that basically had a vigil after Clinton lost.

It was as if a President had been shot.

Baldwin added, “So Schneider brings this up now. And I guess it must be tough…And I know that in the Trump era it’s tough for conservatives…My god it must be agony because you got this guy that’s taken over the party. That must be tough for the Rob Schneiders of the world that your man [Trump] is a maniac.”

Meanwhile, it must be tough for Baldwin and the Democrats to pretend that Joe Biden isn’t suffering from dementia when he’s not sniffing women’s and girls’ hair.