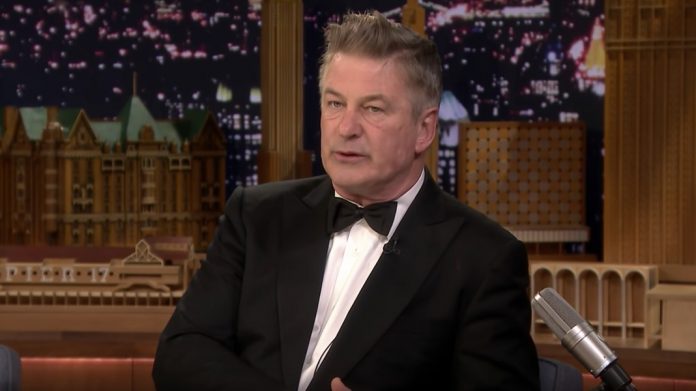 But his latest rant tops them all and could very well destroy his career.

Baldwin accidently let it slip how much he despises America in a rant that will make you furious.

But he’s now demonstrated that he holds contempt for his own country as well.

In his latest rant against President Trump, Baldwin declares that a “mass of Americans are outright racists.”

Actor and left-wing activist Alec Baldwin claimed that “our friends in other countries” now believe that a “mass of Americans are outright racists” because of President Donald Trump.

Baldwin argued that America’s reputation as a country full of racist people was “one of the tragic outcomes” of the Trump presidency.

“One of the tragic outcomes of the Trump era is that many of our friends in other countries now believe that a critical mass of Americans are outright racists,” he said…

Baldwin is known for his furious attacks against Trump and his administration, which he claims is run by a group of “bandits, whores, and thieves.” Last November, he described Trump as a “National Socialist tumor,” an obvious reference to Adolf Hitler’s Nazi Party.

This is the first time Baldwin has gone after everyday Americans so harshly.

Typically, he viciously attacks President Trump to no end.

He will sometimes go after Trump supporters as well.

But now he is calling all Americans a bunch of racists.

This could very well be the biggest mistake of his career.

Baldwin’s fans likely do not care for being labeled a bunch of racists.

Nor will they appreciate Baldwin’s tasteless attacks against the United States.

Baldwin’s baseless attack and total lack of patriotism simply demonstrate how out of touch Hollywood Leftists are.

Were Alec Baldwin’s comments out of line?