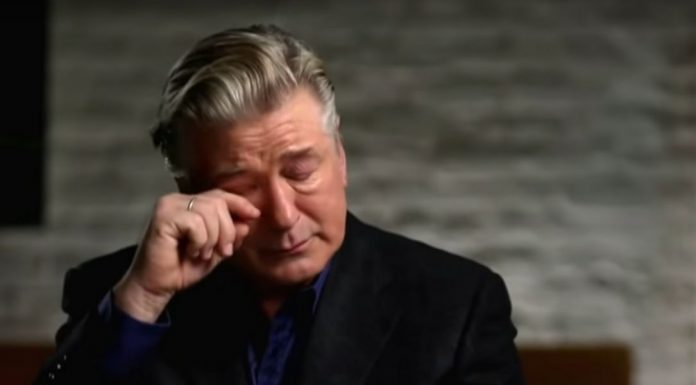 Alec Baldwin’s career continues to be haunted by his reckless actions.

Despite his best efforts, people have not moved on from what he did.

But Baldwin just made one bizarre statement about his horrific shooting incident.

Alec Baldwin is still dealing with the fallout from his shooting of cinematographer Halyna Hutchins during filming of the western Rust.

Baldwin has done everything he could to deflect blame from himself, including retweeting a New York Times article that absolved him of guilt.

But Baldwin’s liberal friends at The New York Times will not be determining his fate; officials in New Mexico — the location for the filming of Rust — will be the ones who decide.

And Baldwin seems to have taken a premature victory lap after New Mexico OSHA made its determination on the shooting.

Baldwin posted on social media a statement that was apparently drafted by his lawyers, which read:

“We are grateful to the New Mexico Occupational Health and Safety Bureau for investigating this matter. We appreciate that the report exonerates Mr. Baldwin by making clear that he believed the gun held only dummy rounds. Additionally, the report recognizes that Mr. Baldwin’s authority on the production was limited to approving script changes and creative casting. Mr. Baldwin had no authority over the matters that were the subject of the Bureau’s findings of violations, and we are pleased that the New Mexico officials have clarified these critical issues. We are confident that the individuals identified in the report will be held accountable for this tragedy.”

However, New Mexico OSHA did not exonerate anyone.

In fact, New Mexico Environment Department Cabinet Secretary James Kenney explained in a video that the producers of Rust, one of which includes Alec Baldwin, got hit with the maximum allowable fine from the state.

Kenney said, “Our OSHA investigators have determined that Rust Production failed in their obligation to provide a workplace free of recognized hazards. More specifically, there were several management failures, and more than sufficient evidence to suggest that if standard industry practices were followed, the fatal shooting of Halyna Hutchins and the serious injury to Joel Souza would not have occurred. Through our investigation, we determined that Rust Production’s failures were both serious and willful. To this end, we issued the maximum possible fine of $136,793 to the company…While this concludes our OSHA investigation into this matter, I understand law enforcement is continuing its criminal investigation.”

So not only has Baldwin not been exonerated, Kenney made it clear that New Mexico law enforcement is still investigating the shooting.

Baldwin may indeed beat the criminal charges, but it’s a cheap tactic to put out a bogus statement in an attempt to influence public perception of the matter.

Baldwin is still not out of the woods, no matter what he puts on social media.